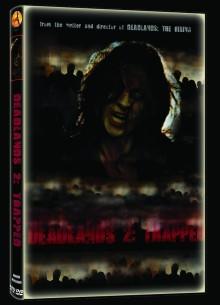 We're sure there's a few people out there still waving the Red flag, unfortunately for them a planned last hurrah for HD DVD won't go off, as the release of Deadlands 2: Trapped on the format has been cancelled. Director Gary Ugarek had attempted a limited edition pressing of the flick to raise dormant HD-A1s and the like from the dead but ran into "one too many roadblocks" including U.S. printers backing out and has been forced to end the project. Those already on the preorder list can email Anthem Pictures at info@anthemdvd.com for a refund, while others can check the trailer after the break and wonder what might have been..

In this article: deadlands, deadlands 2: trapped, Deadlands2:Trapped, format war, FormatWar, hd, hd dvd, HdDvd
All products recommended by Engadget are selected by our editorial team, independent of our parent company. Some of our stories include affiliate links. If you buy something through one of these links, we may earn an affiliate commission.
Share
Tweet
Share