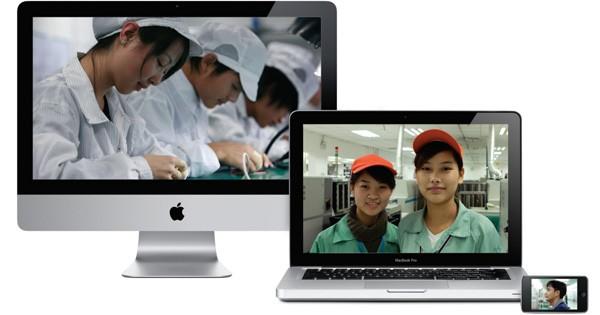 Apple's famous desire for total control over its operations seems to have extended to its manufacturing facilities as we've come across Cupertino's Supplier Responsibility 2010 Progress Report, which details audits the American company has done of its overseas suppliers and the failures identified therein. The findings are pretty damning on the whole, with more than half (54 percent) of all factories failing to meet Apple's already inflated maximum 60-hour work week, 24 percent paying less than the minimum wage, 37 percent failing to respect anti-discrimination rules, and three facilities holding records of employing a total of eleven 15-year olds (who were over the legal age of 16 or had left by the time of the audit). Apple is, predictably, not jazzed about the situation, and has taken action through train-the-trainer schemes, threats of business termination with recidivist plants, and -- most notably -- the recovery of $2.2 million in recruitment fees that international contract workers should not have had to pay.

It should come as no shock to learn that cheaper overseas factories are cutting illegal corners, but it's disappointing to hear Apple's note that most of the 102 audited manufacturers said Cupertino was the only vendor to perform such rigorous compliance checks. Still, we'll take what we can get and the very existence of this report -- which can be savagely skewed to defame Apple's efforts (as demonstrated expertly by The Daily Telegraph below) -- is an encouraging sign that corporate responsibility is being taken seriously. We hope, wherever your geek loyalties and fervor may lie, that you'll agree Apple's leading in the right direction and that its competitors should at the very least have matching monitoring schemes. They may have to swallow some bad PR at first, but sweeping up the dirty details of where gadgets come from is juvenile and has no place in a civilized world. Hit the source link for the full report.
In this article: apple, child labor, ChildLabor, children, childrens rights, ChildrensRights, china, compliance, employment, ethical, ethics, factories, factory, human rights, HumanRights, jobs, labor, law, legal, manufacturing, monitoring, oem, production, supplier, supplier responsibility, SupplierResponsibility, suppliers, underage, underage labor, UnderageLabor, work, workers, workers rights, WorkersRights, working conditions, WorkingConditions
All products recommended by Engadget are selected by our editorial team, independent of our parent company. Some of our stories include affiliate links. If you buy something through one of these links, we may earn an affiliate commission.
Share
Tweet
Share