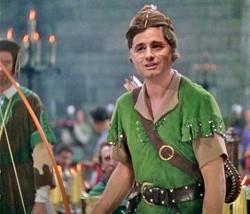 Did you know there was a Digital Inclusion Summit going on? We already know the FCC isn't best pleased about the fact 93 million Americans are making do without access to home broadband, and this latest event was an opportunity for it to dish some more info on its forthcoming National Broadband Plan. The major obstacles to broadband adoption identified by the FCC were noted as cost, computer illiteracy, and a sheer lack of awareness about the benefits the web offers (outside of cute kitties). The big Plan will be delivered to Congress a week from today, and its suggestions will include the creation of a Digital Literacy Corps, who'll be performing missionary duties among the unenlightened, and the big whopper: a proposal to "consider use of spectrum for a free or very low cost wireless broadband service." Yeah, if you can't jump over the cost hurdle you might as well eviscerate it from existence. Quite naturally, such radical plans have been met with much grumbling opposition, and Business Week reports that it may be years before the full reforms are implemented ... if at all.