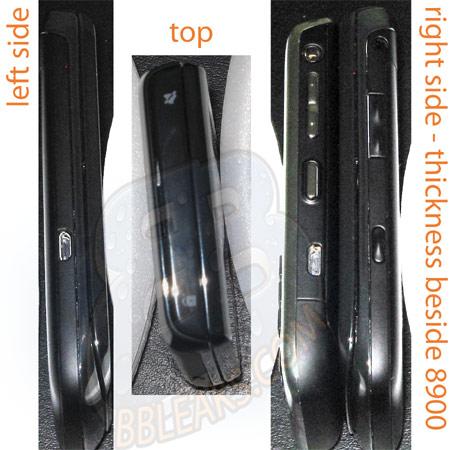 We're still no closer to finding out whether this is the next iteration of the Bold, Storm or some other BlackBerry line, but the unofficially coined BlackBerry Slider continues to pique our interest. Here in the third round of spy shots, we're seeing the elusive RIM-branded device from a few new angles, namely a round of side shots and a side-by-side with Curve 8900. You'll notice that the new guys is a bit thicker and longer, and you'll also see a complete lack of labeling beside the camera. There's a fair chance that hitting that Source link will simply lead to increased frustration and stress in your life, but c'mon, anything to keep you from finishing up those 2009 taxes is worth a look.
In this article: 9700a, BlackBerry, blackberry slider, BlackberrySlider, bold, bold 9700a, Bold9700a, leak, leaked photos, leaked pics, LeakedPhotos, LeakedPics, pics, pictures, research in motion, ResearchInMotion, rim, rumor, slider, smartphone, speculation, storm 3, Storm3
All products recommended by Engadget are selected by our editorial team, independent of our parent company. Some of our stories include affiliate links. If you buy something through one of these links, we may earn an affiliate commission.
Share
Tweet
Share