Qualcomm promises better AI for its next Snapdragon PC chip 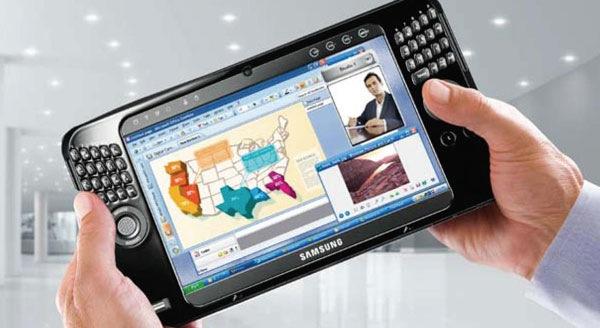 Well, the details are extremely thin here folks, but it looks like Samsung's working on a tablet PC -- or 'slate' if you're into the new fangled lingo -- just like pretty much every other manufacturer on the planet. Speaking with APC (the website, not the clothier), Philip Newton, director of Samsung Australia's IT division, said that the company is working on a slate PC for the second half of 2010 that will have "PC-grade processing power and connectivity" -- two things Newton had previously cited as the main things lacking in the iPad. That's really all there is to go on -- no specs or features mentioned, though Samsung has been vaguely hinting that the tablet, when it appears, will run on Intel's Atom platform, which sounds about right. We'll have to wait and see, won't we?
In this article: pc, philip newton, PhilipNewton, samsung, slate, slate pc, SlatePc, tablet, tablet pc, TabletPc
All products recommended by Engadget are selected by our editorial team, independent of our parent company. Some of our stories include affiliate links. If you buy something through one of these links, we may earn an affiliate commission.
Share
Tweet
Share