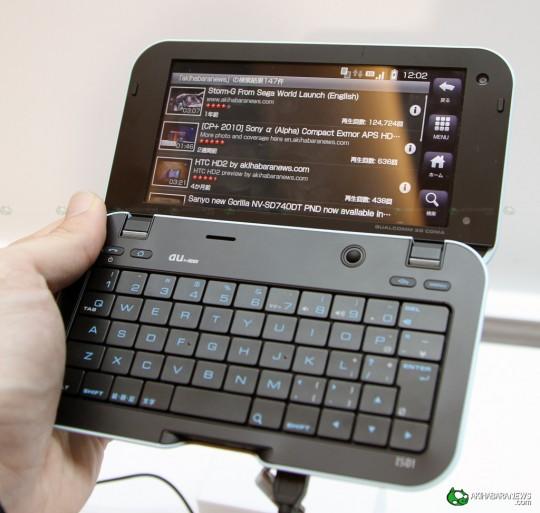 Sharp's new IS01 MID for KDDI au proved to be something of a letdown when it was announced earlier today, partly due to raised expectations, and partly due to a lack of a decent look at it. Thankfully, Akihabara News has now come through on the latter point, and provided a fairly extensive hands-on look at the Snapdragon-powered MID. Anyone hoping for a bit more incentive to buy one may well still come away disappointed, however, as the site describes the device as fairly "cheap" feeling, and says that it doesn't have multitouch support (although earlier reports have stated that the device has a multitouch display). That said, the Snapdragon processor does apparently ensure that the device is suitably speedy, and there's always the possibility for some exciting things to emerge from its developer-friendly JN-DK01 counterpart. Hit up the source link for a closer look.

Update: Multi-touch support confirmed in the new video added after the break.

In this article: android, au, is01, JN-DK01, kddi, kddi au, KddiAu, mid, sharp, sharp is01, SharpIs01, snapdragon
All products recommended by Engadget are selected by our editorial team, independent of our parent company. Some of our stories include affiliate links. If you buy something through one of these links, we may earn an affiliate commission.
Share
Tweet
Share