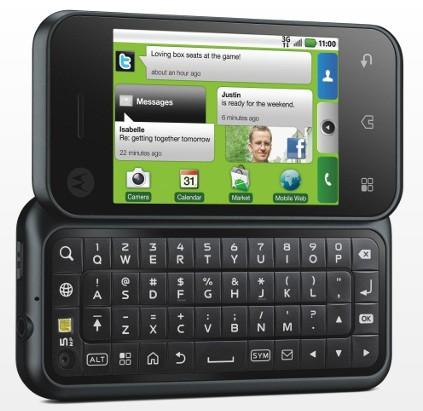 Moto promised the Backflip (among other Android-powered wares) to its Canadian fans back in March, and it's now delivering thanks to an official launch on Telus. As you can clearly see, the phone isn't quite the same thing that AT&T customers are grabbing -- the outer bezel is a darker shade, something we suspect a good deal of users might prefer -- but otherwise, it's got the same processor, 5 megapixel camera, 3.1-inch HVGA display, and wacky hinge that we're already well-accustomed with. Whether that's a good thing or not... well, we'll leave that for potential buyers to decide, but you can pick it up for CAD $100 (about $99) on a three-year deal.
In this article: android, backflip, canada, google, mobile, moto, motorola, telus, telus mobility, TelusMobility
All products recommended by Engadget are selected by our editorial team, independent of our parent company. Some of our stories include affiliate links. If you buy something through one of these links, we may earn an affiliate commission.
Share
Tweet
Share