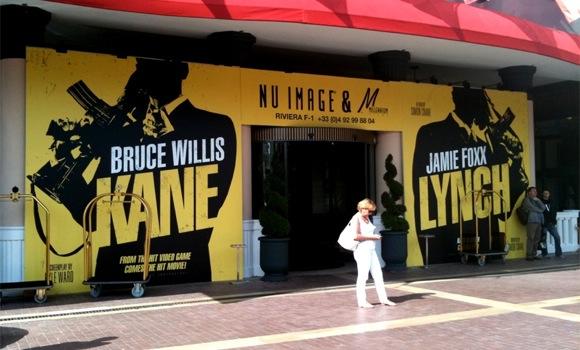 The Kane & Lynch movie project appears to be moving smoothly -- it's to the "poster" stage already. Proving beyond a doubt that the casting is a "done deal"(as tweeted by writer Kyle Ward), Empire spotted a Kane & Lynch movie poster with billing for both Bruce Willis and Jamie Foxx at the Cannes Film Festival. This poster covers the entrance to the Majestic Hotel, making it look a bit more like the Tacky Hotel.

According to Empire, the poster gives the film a 2011 date, but we don't see it. Perhaps it's behind that inconsiderately placed luggage cart.

In this article: bruce-willis, cannes, cannes-film-festival, eidos, io-interactive, jamie-foxx, kane-and-lynch, kane-and-lynch-film, Microsoft, square-enix-europe, Xbox-360
All products recommended by Engadget are selected by our editorial team, independent of our parent company. Some of our stories include affiliate links. If you buy something through one of these links, we may earn an affiliate commission.
Share
Tweet
Share