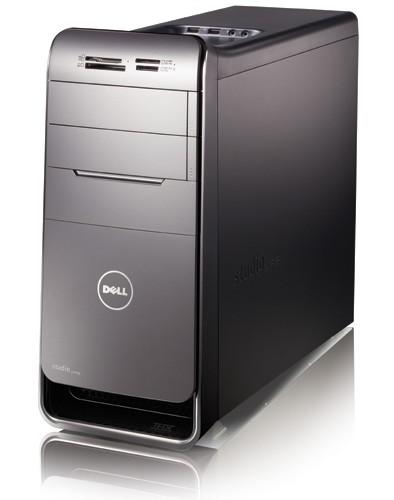 Dell's wasting no time appropriating AMD's new Phenom II X6 chips, pushing out a brand new Studio XPS line to deal with the new top of the line (and a few quad cores as well) from "that other processor company." While AMD can crow about having more cores at a mid-range price, Dell isn't trying to pass these off as pure competition for Intel's brood: the Studio XPS 7100 line is AMD-only, while the Core i-based Studio XPS 8100 desktops are a clear step up model number-wise. The 7100 baseline system, with integrated graphics, goes for $699, but Dell's doing this with an enthusiast slant, packing in a 460 watt power supply to power up some fancy graphics and giving hardcore users room to grow.

We got to check out a $1,199 system running the AMD Phenom II X6 1050T, which is supposed to be somewhat comparable to an Intel Core i5 760, and paired up with ATI Radeon HD 5870 graphics and 6GB of RAM the machine makes for a pretty tight gaming rig. Unfortunately, AMD's top-of-line 5970 graphics are being held for the Studio XPS 8100, and AMD's best new X6 chip, the 1090T (roughly a Core i7 870), won't be available from Dell until this summer. Still, if you're looking for a nice balance between price and performance, AMD and Dell might have something to offer with this new understated desktop setup.