Apple will redesign iBooks for the first time in years 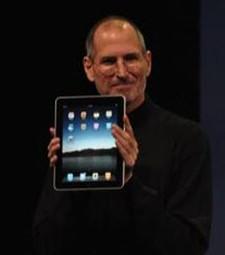 In a recent TUAW post, I wondered whether a closed Mac system might be in Apple's future in addition to the standard Mac offerings. Despite the existence of Apple TV, some are dubious. After all, Steve Jobs said no (or, more accurately "nope") to a correspondent who recently asked about a Mac App store under a far more universally closed system than the scenario floated yesterday.

Jobs has said "no" (and "nope") before. Sure, we at TUAW love Uncle Steve, but when Jobs says "no," we're not always sure that he really, really means it.

The following list includes TUAW's 6 top Steve Jobs "no way" moments. Each of these transformed into "yes way" actions some time after Apple's denial. It's not as if Apple doesn't mean "no" when it says "no." It's just that like any other corporation, Apple often moves in unexpected directions based on consumer pressure. And sometimes Pinocchio's nose grows a teeny tiny bit.

Of course this list is far from comprehensive. But to anyone who tells us "Steve Jobs said 'nope,'" we reply that Apple, in general, and Steve Jobs in particular, always say no -- until they say "yes." Boom!

In this article: iBooks, iPad, iPhone, iPhone OS, iPhone SDK, IphoneOs, IphoneSdk, iPod video, IpodVideo, Multitasking, no, Steve Jobs, SteveJobs
All products recommended by Engadget are selected by our editorial team, independent of our parent company. Some of our stories include affiliate links. If you buy something through one of these links, we may earn an affiliate commission.
Share
Tweet
Share