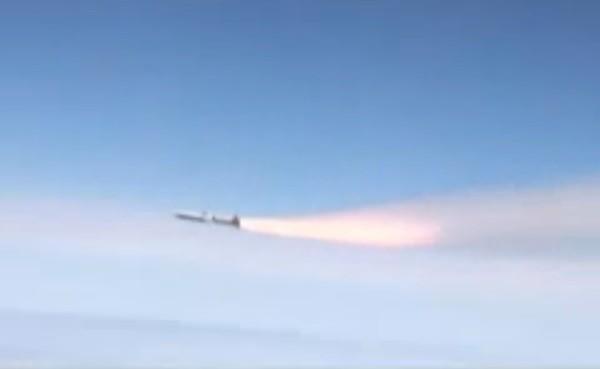 It might be a bit difficult to make out, but what you're looking at above is the X-51A WaveRider scramjet in the process of setting a record for the longest hypersonic flight. That happened around 10 a.m. on May 26th, when the rocket was dropped from the wing of a B-52 bomber at a height of 50,000 feet and proceeded to fly at Mach 5 for more than three-and-a-half minutes, blowing away the previous record of just twelve seconds. If you can believe it, however, the aircraft actually fell somewhat short of its goal -- Boeing and the Air Force were hoping the WaveRider would be able to fly for 300 seconds and hit Mach 6, but something apparently caused it to lose acceleration towards the end. Head on past the break for the video, we assure you it's still pretty impressive.

In this article: air force, AirForce, boeing, mach 5, mach 6, Mach5, Mach6, scramjet, test flight, TestFlight, video, waverider, x-51, x-51 waverider, x-51a, x-51a waverider, X-51aWaverider, X-51Waverider
All products recommended by Engadget are selected by our editorial team, independent of our parent company. Some of our stories include affiliate links. If you buy something through one of these links, we may earn an affiliate commission.
Share
Tweet
Share