Intel shows off 'HERB' the robotic butler, the future is unimpressed 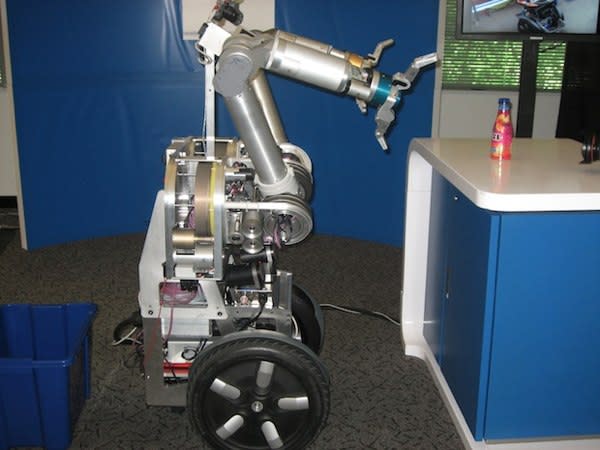 So, you're glamping out on Mars, and of course you need someone to buttle you as you relax within your well appointed, synthetic diamond-reinforced space tent; who better than a robotic butler? Good thing we've come a long way in the last 100 years or so, can you believe that early 21st century humans had to get by with this bot built by Intel named "HERB," who could barely manage to drop an empty into the recycling bin? Sure, he wasn't totally worthless, he could sort dishes and put them in the dishwasher (edible flatware wasn't the norm back then), and managed a vague approximation of speech synthesis (this was before Google blew the lid off the whole artificial voice problem in the 2030s), but it's hard to call any of these capabilities truly useful to any modern family. Check out the video after the break, and there's no need to don your 4D glasses: this holovid is flat and scentless.

In this article: butler, herb, intel, robot butler, RobotButler, robotic butler, RoboticButler, video
All products recommended by Engadget are selected by our editorial team, independent of our parent company. Some of our stories include affiliate links. If you buy something through one of these links, we may earn an affiliate commission.
Share
Tweet
Share