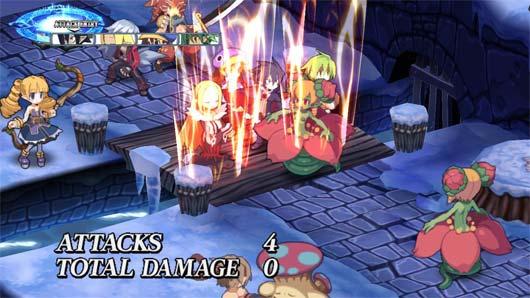 If you're a fan of Nippon Ichi's twisted strategy RPG series, Disgaea, you've likely spent a ludicrous number of hours staring at illustrator Takehido Harada's charming 2D character art. You'll get to do so again with Disgaea 4, with the benefit of higher-resolution artwork. By the looks of things (check out Andriasang for some neat comparison and screenshots), the new sprites have lost none of their personality in the long-awaited upgrade.

Disgaeaeaeaea 4 will launch on PlayStation 3 in February 2011 with a limited edition package, including a Nendoroid Petit figure, art book and soundtrack CD. It'll also retain all the original illustrations, allowing you to toggle between the old and new characters. It's nice that the old art is sticking around, but couldn't Nippon Ichi have shipped their used goods to a less fortunate soul, like IGA?
In this article: disgaea, disgaea-4, nippon-ichi, playstation, ps3, sprites, srpg
All products recommended by Engadget are selected by our editorial team, independent of our parent company. Some of our stories include affiliate links. If you buy something through one of these links, we may earn an affiliate commission.
Share
Tweet
Share