HTC Holiday to be a 4.5-inch behemoth with qHD resolution, 1.2GHz dual-core, and AT&T future 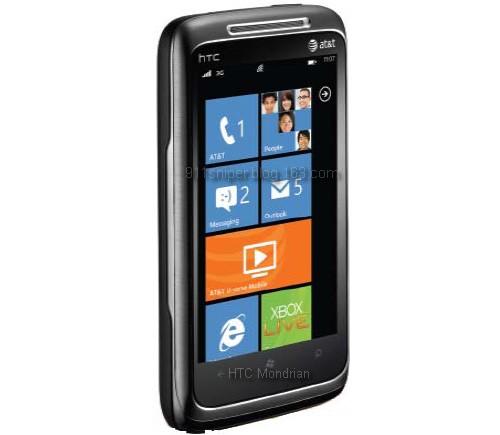 Not that the connection between AT&T and HTC's Mondrian WP7 handset was under much doubt anymore, but here's the first image purporting to show the carrier-branded version of the device. The render is provided by 911sniper, whose long and distinguished record of leaking legit HTC ROMs leads us to believe it is indeed the real deal. It's curious then to juxtapose the somewhat bulky Mondrian on show here against the press imagery recently unearthed by BestBoyZ -- are we still looking at the same device? Our eyeball geometry would suggest not. Anyway, there's not too long left to go until Microsoft tidies this alphabet soup of codenames up for us, and until then we suggest just enjoying that tantalizing tile titled AT&T U-verse Mobile.

[Thanks, Kamal]
In this article: 911sniper, att, att branding, att u-verse, att u-verse mobile, AttBranding, AttU-verse, AttU-verseMobile, htc, htc mondrian, HtcMondrian, leak, mondrian, pre-release, render, rumor, speculation, windows phone, windows phone 7, WindowsPhone, WindowsPhone7
All products recommended by Engadget are selected by our editorial team, independent of our parent company. Some of our stories include affiliate links. If you buy something through one of these links, we may earn an affiliate commission.
Share
Tweet
Share