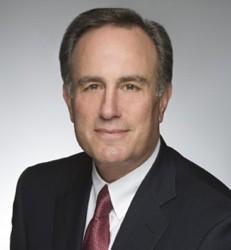 Though Verizon famously turned down the original iPhone before Apple ultimately signed a deal with AT&T, the company's outspoken CEO -- Ivan Seidenberg -- has been very careful over the past couple years to note that he'd love to eventually have an iPhone in his lineup. With Verizon Wireless boss Lowell McAdam tapped to take over the top job next year, what'd be a better swan song for Seidenberg than to finally pull it off? Fortune's new profile of the longstanding chief exec and elder statesman is reporting in very matter-of-fact terms that a CDMA version of the iPhone 4 will be a reality on Verizon in "early 2011," lining up with most of the rumors the interwebs has been generating over the past few months.

The piece details the phone as the culmination of literally years of careful discussions between Seidenberg, McAdams, and Steve Jobs; Verizon's guys claim that Jobs acknowledged in late 2007 that the two companies had "missed something" by failing to partner up. The first visible fruit of those talks is the MiFi-bundled iPad that just launched, but that's clearly a minor stepping stone on the way to an actual handset. Fortune reports that Jobs has voiced his concerns over CDMA in the past and the fact that it doesn't work in nearly as many countries as GSM does, but the story goes on to say that the first model on Verizon's shelves "probably" won't be dual-mode and presumably won't have compatibility with the company's shiny new LTE network, either. If true, that'll make for an interesting battle for the spotlight in the first few months of 2011 as an EV-DO iPhone wages war with a number of LTE phones -- some of which look downright gorgeous -- and might put Verizon in the awkward position of having to heavily push two almost diametrically opposed handset and platform initiatives. Furthermore, it's hard to deny that a Verizon iPhone would stress the carrier's network in ways it's never been stressed before; they may be prepared for it, but there's no way of knowing until it all goes down and they get a sense for uptake and conquests from AT&T. Translation: McAdam looks to have a busy 2011 ahead of him as he transitions into the new office.

In this article: apple, iphone, iphone 4, Iphone4, ivan seidenberg, IvanSeidenberg, lowell mcadam, LowellMcadam, rumor, verizon, verizon wireless, VerizonWireless, vzw
All products recommended by Engadget are selected by our editorial team, independent of our parent company. Some of our stories include affiliate links. If you buy something through one of these links, we may earn an affiliate commission.
Share
Tweet
Share