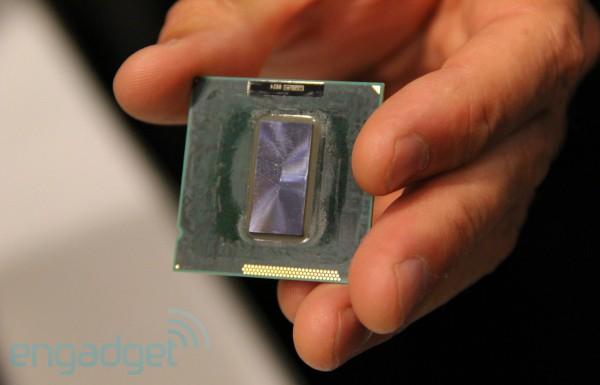 Another Intel processor platform that sounds like a campground? Of course it is! This one is pretty far out -- like 2012 far out -- but if Digitimes is to be believed Intel's actually gearing up to reveal its Chief River laptop platform at CES in January. Said to be based on the 22nm Ivy Bridge processors and have native support for USB 3.0 (finally!), the platform would follow Huron River / Sandy Bridge, which is set to start shipping in laptops in early 2011. (Side note: Digitimes also mentions that we should start seeing Sandy Bridge laptops at this year's CES, which lines up with what we've heard from our own sources.) The word from motherboard manufacturers is that Chief River wouldn't actually go into mass production until September 2011 and start shipping in systems until January 2012, which makes quite a bit of sense given Intel's annual timing on these things. Either way, we should be finding out more in a couple months in Vegas -- heck, you never know, Intel may even tell us a bit about its 2013 laptop platform. Shall we give them a hand with potential names?

In this article: atom, CES, CES 2011, Ces2011, Chief River, ChiefRiver, chipsets, huron river, HuronRiver, Intel, intel atom, Intel Chief River, Intel Sandy Bridge, IntelAtom, IntelChiefRiver, IntelSandyBridge, processors, Sandy Bridge, SandyBridge
All products recommended by Engadget are selected by our editorial team, independent of our parent company. Some of our stories include affiliate links. If you buy something through one of these links, we may earn an affiliate commission.
Share
Tweet
Share