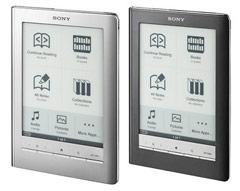 Given the dominance of Sony's Walkman over in the Land of the Rising Sun, it's a little surprising to think that Sony has been all but silent regarding the Japanese e-reader market. We heard back in May that the mega-corp was planning an e-reader launch in Japan by the year's end, aiming to build out an elaborate e-book distribution platform with local telecom operator KDDI. Fast forward a few months, and it seems as if thing's are finally falling into place. New reports are suggesting that the 5- and 6-inch Sony Reader devices will be on sale in Japan on December 10th, with pricing set for ¥20,000 ($237) / ¥25,000 ($297), respectively. Additionally, it's planning to crack the seal on an online e-bookstore with around 20,000 titles, and that one should be ready to roll prior to the "year-end shopping rush." Perhaps more stunning, however, is Sony's intentions to "sell 300,000 Readers in the first year and win half the domestic market by 2012" -- that's according to Sony Marketing Japan president Nobuki Kurita. Bold words, Sony, but we love the ambition.

In this article: e book, e books, e reader, e readers, e-book, e-book store, e-books, E-bookStore, e-reader, e-readers, ebook, ebook reader, EbookReader, electronic book, ElectronicBook, japan, reader, sony, sony reader, SonyReader
All products recommended by Engadget are selected by our editorial team, independent of our parent company. Some of our stories include affiliate links. If you buy something through one of these links, we may earn an affiliate commission.
Share
Tweet
Share