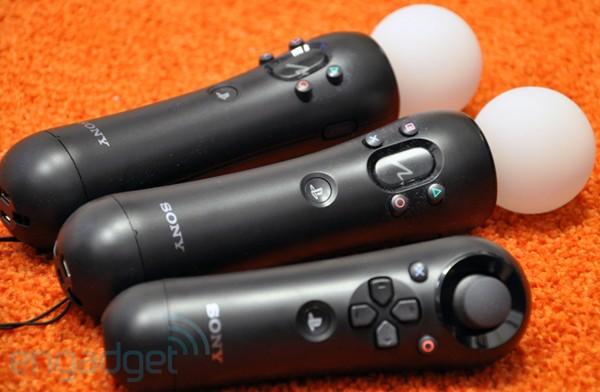 A little press release from none other than Sony informed us this morning that the company has shipped 4.1 million PlayStation Move controllers worldwide. Alas, that number has been widely misreported as the tally of direct end-user sales, which it most definitely is not. What Sony's letting us know is total wands that have left its warehouses on their way to retailers, a number that's one step removed from actual sales results. Still, if you simply must have something to compare against Microsoft's 2.5 million Kinect sales, there you have it.

Update: Our brothers at Joystiq have reached out to Sony and confirmed that these numbers represent shipped units, not consumer sales. Here's Joystiq's exact wording on the (seemingly purposefully) confusing situation:

A Sony representative explained that the 4.1 million actually represents Move units shipped to stores, adding "While we don't disclose our exact sell-through number, the key is that our retailers continue to ask for more Move units and are taking every unit we can supply them with based on their sales." Which, you know, would have been a cool thing to put in that press release, we think.

Update 2: We've also confirmed with Sony that the sales numbers are in reference to retailers, not consumers, and learned that more than 75 percent of the sales in the US are bundles -- meaning new console sales or software groupings.

TOKYO, Nov. 30, 2010 /PRNewswire/ -- Sony Computer Entertainment Inc. (SCEI) today announced that the sales of PlayStation®Move motion controller for the PlayStation®3 (PS3®) computer entertainment system reached over 4.1 million units worldwide(*1). The milestone was reached in just two months since its release in September for North America, Europe/PAL territories and Asia, and one month since the release in October for Japan. The number not only shows clear success of the launch of the new motion sensing controller but also indicates positive momentum going in to the holiday season and to the year 2011.

PlayStation Move motion controller is used in combination with the PlayStation Eye camera(*2) to detect the precise movement, angle, and absolute position in 3D space of the user, thereby allowing users to intuitively play as if they are within the game. Delivering the most realistic and immersive experience, PlayStation Move not only captures the user's motion but also the player's image itself to offer new augmented reality experiences in select games.

PlayStation Move offers more than 30 supported/dedicated titles for the North American region up to date with a vast line-up of software titles from all genres and all types of audiences. Some of the successful titles include Sports Champions, Start the Party, EyePet Move Edition, MAG, SingStar Dance and more. Upcoming PlayStation Move titles include the platform-defining franchises like Killzone 3 and LittleBigPlanet 2 that will further establish PlayStation Move as the must have motion experience for casual and hard-core gamers alike.

More than 41.6 million PS3 systems have been sold globally(*3) and despite entering its 5th year since launch, the system is set to record another year of success. PS3, equipped with sophisticated processing units as well as future proof cutting-edge technologies, unfolded its potential this year with the introduction of PlayStation Move and stereoscopic 3D capabilities. SCEI will further continue to deliver strong value to the platform and will accelerate the growth of the platform by vigorously enhancing the entertainment experience only possible on the PlayStation platform.

(*2) Users will need to use the PlayStation Eye camera to enjoy PlayStation Move motion controller on PS3.(*3) Number as of September 2010.

In this article: console wars, consoles, ConsoleWars, debunk, gaming, global, motion controller, motion gaming, MotionController, MotionGaming, move, official, playstation, playstation move, PlaystationMove, ps move, PsMove, sales, shipment, shipments, shipped, sold, sony, units, worldwide
All products recommended by Engadget are selected by our editorial team, independent of our parent company. Some of our stories include affiliate links. If you buy something through one of these links, we may earn an affiliate commission.
Share
Tweet
Share