Lenovo ThinkPad X200 clone takes us back, way back 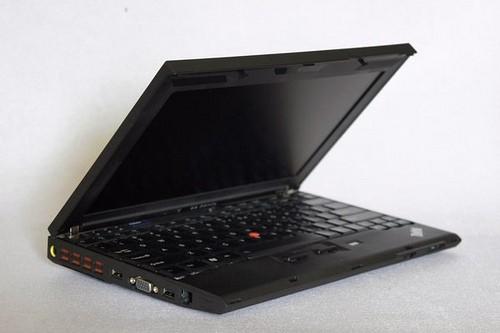 Back in 2008, Lenovo's ThinkPad X200 was getting folks all hot and bothered, and it seems some people never cooled down. If you're one of the few looking to reignite the flames sparked when your first laid eyes on the laptop, take a look at this impressively rendered knockoff. Despite the absence of a Lenovo logo and slightly off dimensions, it really does look like the X200, -- that is, until you look under the hood. The original sports a 2.4GHz Core 2 Duo processor, while the knockoff's got a 1.66GHz Intel Atom N450; the real deal has SSDs up to 64GB, while the fake doesn't even have the option; and finally, the impostor lacks 4GB RAM upgradability. According to M.I.C. Gadget, the ThinkPad clone rings in at 1900 Chinese yuan (about $286), and can be purchased online, though we couldn't tell you where. Anyway, you weren't seriously considering it ... were you?
In this article: 2008, clone, fake, fakes, kirf, knockoff, knockoffs, laptop, Lenovo, Lenovo Thinkpad, lenovo thinkpad x200, LenovoThinkpad, LenovoThinkpadX200, thinkpad, Thinkpad x200, ThinkpadX200, X200
All products recommended by Engadget are selected by our editorial team, independent of our parent company. Some of our stories include affiliate links. If you buy something through one of these links, we may earn an affiliate commission.
Share
Tweet
Share