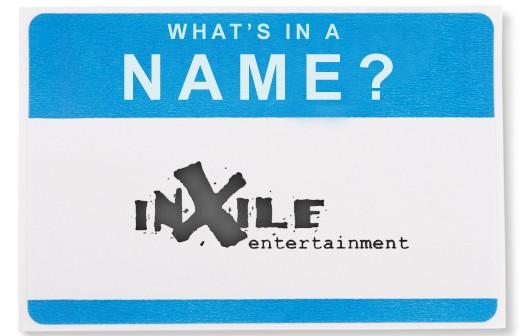 I worked with Brian Fargo at Interplay for a number of years and we both left Interplay at the same time. We knew we wanted to stay in video games, so starting a company seemed like a good idea -- he spent 20 years at Interplay and I was there for 13. When we were first out there, trying to figure out what to do next, we kinda felt like we were in exile, and we made fake cards with a fake company name just to have a card to go to E3 with.

And before we ever thought of the name "inXile," Brian put as his job description on the cards: "Leader in exile." People got such a kick out of that card, we kept saying "in exile, in exile, in exile" so much that we just thought, "Why not make up a new word?" And so we did.

InXile is currently working on Hunted: The Demon's Forge, which will launch on the Xbox 360 and PS3 on June 1.

Like this feature? Be sure to check out the What's In A Name Archives.
In this article: Hunted, Hunted-The-Demons-Forge, inXile, inXile-entertainment, Matthew-Findley, microsoft, playstation, ps3, whats-in-a-name, xbox
All products recommended by Engadget are selected by our editorial team, independent of our parent company. Some of our stories include affiliate links. If you buy something through one of these links, we may earn an affiliate commission.
Share
Tweet
Share