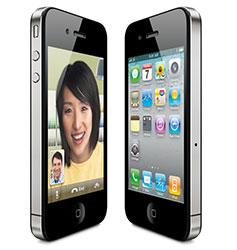 Chinese news sites are reporting that China Telecom has overcome technical challenges with the CDMA iPhone 4 and is prepared to launch the handset as early as June. Details were sparse, but engineers have reportedly developed a workaround for the lack of a SIM slot in the CDMA iPhone 4.

Previous posting from this Guangdong group boast that the iPhone 4 has made its first official phone call on China's #3 wireless carrier. The Xinhua News Agency, the official press agency of the government of the People's Republic of China, reiterates this report and suggests the CDMA iPhone will be available in June. Much of this information is obtained from unofficial sources, and China Telecom has not commented on these rumors, though the carrier has indicated in the past it is interested in carrying the CDMA iPhone 4.

Apple is interested in the Chinese market and is expecting to open up to 25 new stores in China over the next several years. Apple is reportedly looking to open a new store on Shanghai's very popular and very busy Nanjing Road. This retail outlet will become China's fifth Apple store and will be the largest one in China thus far.

In this article: cdma, CDMA iPhone, CdmaIphone, China Telecom, ChinaTelecom, iPhone
All products recommended by Engadget are selected by our editorial team, independent of our parent company. Some of our stories include affiliate links. If you buy something through one of these links, we may earn an affiliate commission.
Share
Tweet
Share