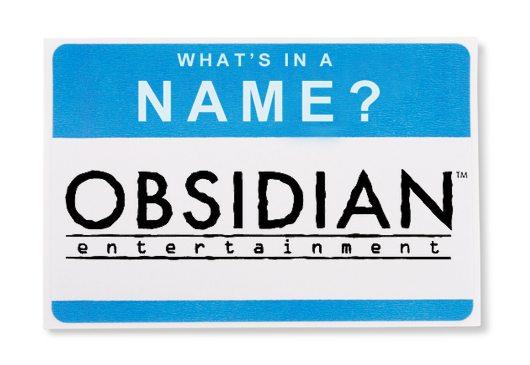 After we left Black Isle, we were going to start a company and we needed a new name. We wanted it to be a good name, a strong name, and we wanted it to be something that people would remember. And so we threw all of these names around -- we had Scorched Earth, we had Three Clown Software, and lots of other stuff. And eventually Obsidian got on that list, because we were Black Isle, and what's something like that?

And someone said there's that Obsidian thing, that glassy, magma stuff, and we put it on there. So we came down literally with a short list, and we showed it to our significant others. And they were like, "All these names are dumb, except that one." So really it was the significant others that actually said that's what they would name a company, because it sounds cool, it has some relevance ... and it's not Three Clown Software.

Obsidian Entertainment is currently working on Dungeon Siege 3, available this May and published by Square Enix.

Like this feature? Be sure to check out the What's In A Name Archives.
In this article: black-isle-studios, dungeon-siege-3, feargus-urquhart, obsidian-entertainment, whats-in-a-name
All products recommended by Engadget are selected by our editorial team, independent of our parent company. Some of our stories include affiliate links. If you buy something through one of these links, we may earn an affiliate commission.
Share
Tweet
Share