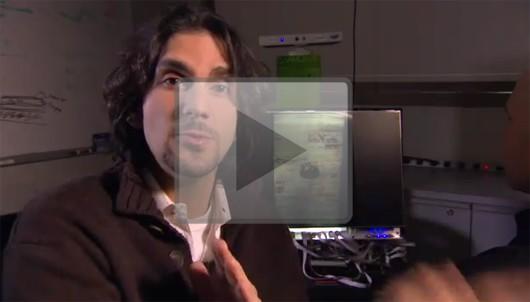 Of all the projects teased by Microsoft Research's Applied Sciences branch, we certainly hope that this is the one that makes it to market. In the video demonstration posted after the jump, Steven Bathiche shows off a few of the interfaces and displays the company's currently researching -- the coolest of which is a "wedge" lens which allows the screen to generate and overlap individual images directed at your eyes, creating a holographic-esque image.

As radical as that sounds, Bathiche took the science one step further: The display can also track two viewers using Kinect, and show each of them a seperate image on the same screen. Considering the number of times we've had to strain our eyes to get our couch co-op Halo: Reach on, the possibility of split-screen gaming that doesn't actually split the screen is infinitely titilating. Check out the video demonstration below!

In this article: applied-sciences, display, kinect, microsoft, microsoft-research, split-screen, xbox
All products recommended by Engadget are selected by our editorial team, independent of our parent company. Some of our stories include affiliate links. If you buy something through one of these links, we may earn an affiliate commission.
Share
Tweet
Share