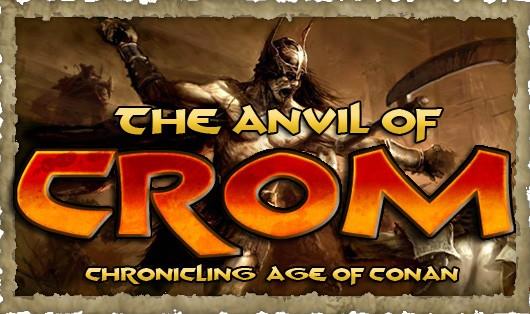 So the Dreamworld update is finally here, and Funcom has either made a mess of things or kicked a lot of graphical butt, depending on your perspective (as well as how your computer decided to handle the new engine rollout). Yes 2.1.3 went live last week, and it's got the Age of Conan community talking.

Rangers and the newbs people who play them also have the AoC community chattering away, but really, when is that ever not the case? In this week's Anvil of Crom, I'll add my two cents to both discussions, and I'll also bribe, cajole, extort, and yes, coerce readers into voting in the latest poll to determine the grisly fate of my upcoming community-driven avatar.

Dreamworld feedback
No community pulse-taking exercise would be complete without a mention of the Dreamworld integration feedback thread, which, as of press time, clocked in with a whopping 404 replies and 25,514 views. While the engine upgrade has been a welcome one for many of us, others weren't so fortunate, and they're howling mad about it.

Funcom has broken a few things with the massive update -- there's a known issues list on the forums if you're curious -- but ultimately the trade-off between having to reconfigure your AoC client, or in some cases, your whole rig, will be worth it in my opinion. Why? Well, mainly because running around Khitai is no longer an exercise in technical frustration.

Was all the Dreamworld hullabaloo really necessary? The performance improvements certainly were, whereas the visuals are basically the equivalent of Funcom flexing its muscles (and possibly doing some sort of behind-the-scenes whizbang voodoo cross-pollination with The Secret World). Age of Conan was already the best-looking MMORPG on the market by quite a large margin, and the lower-end eye candy added via Dreamworld basically amounts to Funcom not only pummeling the competition into graphical submission but also handing out wedgies and stealing lunch money.

DX9 users in particular will notice several new bells and whistles (god rays, wind in the trees, and better-looking water, to name a few) as well as increased performance. I run AoC using DX9 on my dual-box/backup gaming machine as well as my laptop, and Khitai frame rates have noticeably improved (as have the notoriously slow load times in the Northern Grasslands and Chosain zones). Conversely, I haven't noticed much of a difference with the DX10 client. My main rig, while several months old at this point, is still more than up to the task of chewing through any game I throw at it, and Dreamworld has resulted in a marginal frame rate increase there, again mainly in the Khitai zones.

Another worthwhile discussion from this past week, assuming you can wade through the bile and forum posturing, takes place on the PvP boards and involves every non-Ranger's favorite whipping boy when it comes to AoC classes. Yes, Rangers are very broken; I can't deny that even though I play one with regularity.

If you can ignore a few troll posts, this particular thread does a good job of illustrating exactly how and why Rangers are the bane of everyone's existence, particularly when said Rangers are geared out in purples and full AAs. In a nutshell, it comes down to huge burst damage, powerful crowd control abilities, and a line-of-sight bug that allows these rascally rogues to continue DPSing a player even after he's rounded a corner and supposedly broken line of sight.

The craziest thing about the Ranger debacle is that prior to the revamp last summer, Rangers were actually one of AoC's more balanced and fun-to-play classes. Sure, spamming salvo was the staple of every Ranger diet, but almost no one will tell you that the class needed much beyond a bit of tweaking -- and it certainly didn't need the giant implosion that basically did away with combos while introducing a whole slew of new balancing issues.

When you add up the sick damage, the multiple (and basically instant) CC abilities, and the ability to stealth and track both player and NPC targets, you have what most people consider to be the most overpowered class in the game. The only real question is whether the new Blood and Glory PvP servers should be renamed RvR servers, and no, I'm not talking about realm vs. realm.

At the end of the day, this particular thread contains some valuable insight for veterans, newbs, Rangers, and non-Rangers alike. Tactical discussions abound, so if you're looking to learn how to play your Ranger like all the cool kids -- or how to counter one -- start here.

Anyhow, those are the pressing issues, and threads, that caught my attention this week. There are others, of course, but frankly I need to move on to more exciting territory before I run out of column space. Last week I talked a bit about doing some community-driven content with The Anvil of Crom, and it seems most of the poll participants were at least mildly interested.
As I mentioned previously, I'd like to start on a PvE server and see how it goes for a few weeks, and then, pending the release of the new FFA PvP shards this summer, I'll move the experiment over there in order to chronicle everyone's fresh start.

So if you would be so kind as to register your votes in the server, class, and Tortage-centric polls below, we'll get started in the next couple of weeks. Note that I'm purposely leaving off Assassins and Demonologists as potential class choices since I've played both extensively (80s, faction gear, yada yada). Also note that this first iteration is focusing on the American servers; I'm looking into getting a European account for a future installment per reader requests.

This week's poll will run through Friday, March 18th, and I'll tally the results and publish them in next week's column. At that point (probably Sunday or Monday), I'll roll my new character, set some play times, and invite everyone to join in the fun -- or point and laugh. Until then, I leave you with the vote-rigging patrons of the Thirsty Dog tavern.

Jef Reahard is an Age of Conan beta and launch day veteran, as well as the creator of Massively's weekly Anvil of Crom. Feel free to suggest a column topic, propose a guide, or perform a verbal fatality via jef@massively.com.
In this article: 2.1.3, age-of-conan, anvil-of-crom, aoc, aoc-choose-my-adventure, community-update, dreamworld, dreamworld-engine, dreamworld-integration, featured, funcom, opinion, polls, pve, pvp, rangers, rip-salvo, salvo, the-anvil-of-crom, voting
All products recommended by Engadget are selected by our editorial team, independent of our parent company. Some of our stories include affiliate links. If you buy something through one of these links, we may earn an affiliate commission.
Share
Tweet
Share