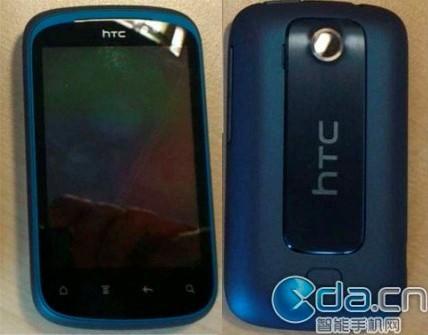 We're just getting accustomed to the HTC Wildfire S in the US, but the Taiwanese company appears to be prepping another device with similar specs for other parts of the world. The HTC Pico is a newcomer to the company's healthy lexicon of codenames, yet from the images leaked to XDA China it seems almost ready to hit the market. A full list of device specs happened to be included as well: the Pico will run on a 600MHz single-core CPU and 384MB of RAM, and will use a 3.2-inch HVGA display. It'll come with Android 2.3 underneath "HTC Sense Zero," which we believe may be a streamlined version of the Sense UI designed for lower-end devices -- perhaps in reaction to the Desire Gingerbread debacle. Curiously, the Pico may not be destined for North American shores, as it lacks 850 / 1900 WCDMA bands. There's no word on exactly where, when or even if this stranger will appear, though it may very well be heading to Europe and emerging markets. If the blue hue sends chills up your spine, continue below the break to see the spec list in its full (midrange) glory.

In this article: 2100mhz, 3.2-inch, 600mhz, 900mhz, android 2.3, Android2.3, gingerbread, htc, htc pico, htc sense, htc sense zero, HtcPico, HtcSense, HtcSenseZero, midrange, mobilepostmini, pico, quadband, quadband gsm, QuadbandGsm, sense zero, SenseZero
All products recommended by Engadget are selected by our editorial team, independent of our parent company. Some of our stories include affiliate links. If you buy something through one of these links, we may earn an affiliate commission.
Share
Tweet
Share