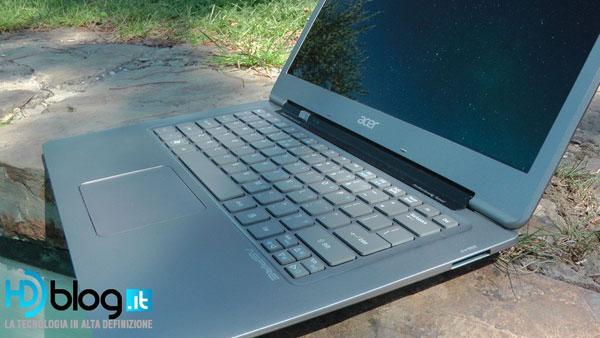 We don't mind eyeballing a few impossibly clean renders when we get wind of a new toy, but there's nothing like the real McCoy. Today's bones slipped out of a (now pulled) HDblog hands-on of the Acer Aspire 3951 Ultrabook, possibly leaked ahead of an IFA 2011 embargo. The genuine article looks nearly identical to its rendered counterpart, albeit a bit thicker and more plasticky. The unveiled 13.3-inch MacBook Air competitor reportedly sports a second generation Intel Core processor, boots from sleep in under two seconds, and is only 13mm thick. The price? While there is no official word on this exact model, Acer head-honcho JT Wang mentioned last week that the outfit was prepping to launch a new Ultrabook in September for about $800. Lines up nicely with the Acer 3951's rumored $770-960 price range, doesn't it?

In this article: 13-inch, 160gb, acer, acer aspire, Acer Aspire 3951, AcerAspire, AcerAspire3951, air, aspire, aspire 3951, Aspire3951, booting, CPU, IFA, IFA 2011, Ifa2011, image, intel, intel core, Intel Core i, IntelCore, IntelCoreI, JT Wang, JtWang, laptop, leak, MacbookAir, Ultrabook
All products recommended by Engadget are selected by our editorial team, independent of our parent company. Some of our stories include affiliate links. If you buy something through one of these links, we may earn an affiliate commission.
Share
Tweet
Share