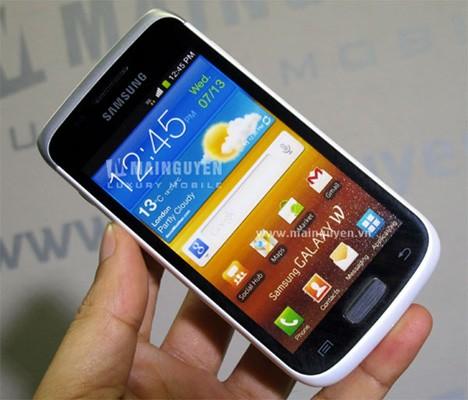 Samsung's already given us a few tidbits about its upcoming Galaxy W, but none pertaining to color. Lending credence to a bleached variant of the upcoming "Wonder" smartphone are a bevy of shots from Mai Nguyen, depicting the gizmo and its textured derriere in exquisite detail. Thus far, all that's been confirmed are its 3.7-inch WVGA display, 1.4GHz CPU, 5 megapixel camera and that it'll sling HSDPA packets at speeds of up to 14.4Mbps. We plan on finding out more at IFA next week, but in the meantime venture past the break for another snap, or hit the source for the full monty.

In this article: android, galaxy, Galaxy W, GalaxyW, mobilepostmini, samsung, samsung galaxy, samsung galaxy w, SamsungGalaxy, SamsungGalaxyW, smartphone, touchwiz, white galaxy W, white smartphone, WhiteGalaxyW, WhiteSmartphone
All products recommended by Engadget are selected by our editorial team, independent of our parent company. Some of our stories include affiliate links. If you buy something through one of these links, we may earn an affiliate commission.
Share
Tweet
Share