iTunes headache is a reminder purchases might not travel with you

Editorial: Nintendo's digital content problem and how the Wii U is making things worse 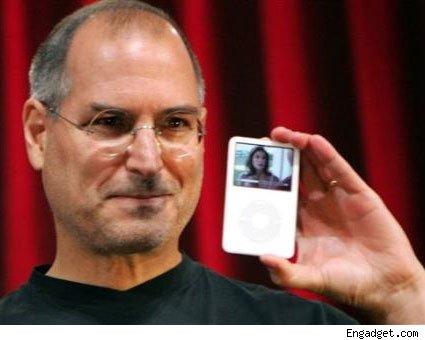 Just about every Internet and print news outlet has paid tribute to Steve Jobs over the past few days, but PaidContent.org -- a website dedicated to discussion of the sale of digital content -- had one of the more interesting plaudits. In a post by Media Guardian's Charles Arthur, Jobs was rightly given his place in history as the "man who got the Internet to pay for content."

Arthur reflected on the sad state of affairs in the media biz just ten years ago. He notes that "if you wanted to download some music, your best bet was Napster or one of the filesharing systems such as LimeWire or KaZaA." For the services that were actually considered legal, there were services like PressPlay and MusicNet requiring US$15 monthly subscriptions for low-quality streams that couldn't be burned to CD.

Jobs came along with the iPod, and then followed up with the iTunes Music Store. If it hadn't been for Jobs persuading the music companies in 2003 to license their songs to Apple, the store wouldn't have happened. As Arthur notes, the music companies figured that Apple was just a tiny company with a minimal market share in the computer business, so they went along for the ride.

And a huge ride it was -- Apple sold a million songs in the first week of the iTunes Music Store, which at that time was only available in the U.S. The iTunes Store now sells TV shows, movies, apps, and books in addition to songs, with sales of both songs and apps in the tens of billions.

As Arthur comments towards the end of his post, "Jobs was a champion of getting customers who would pay you for your stuff." By focusing on "getting something great to the customer with as few obstacles as possible," Jobs was able to insist that customers pay for that value and the content. While he is largely known as the man who brought the world some "insanely great" hardware, Jobs should also be remembered for his lasting impact on sales of digital content.

In this article: digital content, DigitalContent, ipod, itunes music store, ItunesMusicStore, paid content, PaidContent, steve jobs resigns, SteveJobsResigns
All products recommended by Engadget are selected by our editorial team, independent of our parent company. Some of our stories include affiliate links. If you buy something through one of these links, we may earn an affiliate commission.
Share
Tweet
Share