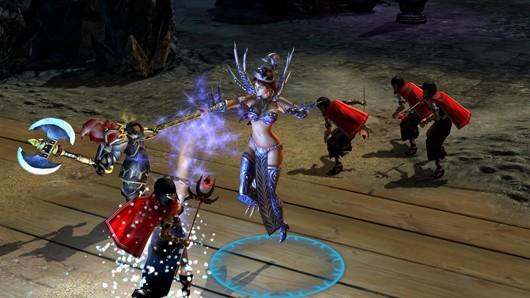 Ready for another MOBA title? Ready or not, there's a new one on the way, and Petroglyph has just announced that Rise of Immortals is set to launch on September 12th. The game is currently barreling through the final days of its open beta test, and as such you can still sign up and get a free preview as well as take home 1,000 Petroglyph coins and an exclusive immortal skin.

Rise of Immortals is free-to-play, and the dev team is looking to expand the MOBA genre by adding features like social hubs, emotes, persistent character progression, and collectible combat and vanity pets. That's not all, either, and we'll have more details for you in next week's edition of Not So Massively!
In this article: battle-arena, beta, combat-pets, emotes, f2p, free-to-play, immortal-skin, launch-date, launches, moba, open-beta, petroglyph, pets, press-release, rise-of-immortals, social-gameplay, social-hub, vanity-pets
All products recommended by Engadget are selected by our editorial team, independent of our parent company. Some of our stories include affiliate links. If you buy something through one of these links, we may earn an affiliate commission.
Share
Tweet
Share