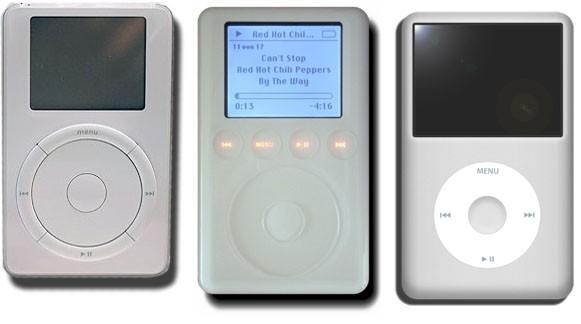 It's hard to believe, but it's been exactly ten years since the iPod was first unveiled, ultimately changing the music industry forever. The iPod wasn't the first, it wasn't the smallest, it didn't have the largest hard drive, but it did have an iconic style and simple to use interface that led march away from CDs. When the history of Apple is written the iPod (perhaps more than the iMac, OS X or the iPhone) will be credited with helping spearhead the company's second coming. Over the years the music player has seen countless iterations and redesigns, and an expansion of the product line to include smaller devices and touch screens -- but for most it's the scroll wheel and white earbuds that define the iPod. Sure, what is now called the iPod classic hasn't seen a serious update since about 2007, but it still holds a special place in our hearts, especially for those of us who don't measure their music collection in a few dozen iTunes downloads.
In this article: anniversary, apple, birthday, ipod, ipod mini, ipod nano, ipod shuffle, ipod touch, IpodMini, IpodNano, IpodShuffle, IpodTouch, pap, personal audio, personal media player, PersonalAudio, PersonalMediaPlayer, pmp
All products recommended by Engadget are selected by our editorial team, independent of our parent company. Some of our stories include affiliate links. If you buy something through one of these links, we may earn an affiliate commission.
Share
Tweet
Share