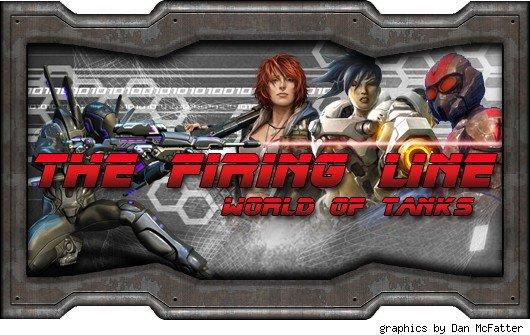 I'm not the biggest tank fan in the world. Don't get me wrong; I'm a red-blooded American male who loves engines, horsepower, and most types of heavy machinery, but for whatever reason, I've never looked at a tank and come away particularly aroused.

Imagine the surprise, then, when I loaded up World of Tanks a couple of weeks ago and found myself having a jolly old time. Wargaming.net's free-to-play action title is a deceptively simple shooter with a lot of depth under the hood, and despite what some players refer to as pay-to-win shenanigans, I highly recommend it.

First and foremost, it bears mentioning that World of Tanks is not a tank simulator. Yes, Wargaming.net's press materials usually go to great lengths to point out how historically accurate the game's armor models are, and while this may be true in terms of visuals and the sound suite (see my lack of tank knowledge above), it's definitely not the case when it comes to gameplay.

Most of the entry level experience is fast and furious, and a far cry from the plodding, strategic engagements I expected to find (and an even further cry from the hardcore simming on display in something like Battleground Europe, for example).

World of Tanks is quite accessible due to a simple control scheme that uses the standard WASD configuration for movement, combined with mouse-controlled turret aiming and camera positioning functionality. You'll occasionally dial up a hotkey to select ordinance types and consumables, and the R and F keys put the spurs to your metal steed (either forward or backward, respectively). Right-clicking a hostile target enables the auto-aim, and that's really the extent of the game's controls. If it sounds pretty straightforward, that's because it is, and I jumped into the game's standard battle mode and immediately felt comfortable maneuvering and fighting.

Don't let that fool you, though. There's a ton of strategy and know-how that goes into being a successful tanker, and whether we're talking about mastering the various movement idiosyncrasies of several dozen vehicles or understanding and applying effective combat positioning tactics, there's plenty to keep you busy battling for weeks on end.

Speaking of battle modes, you'll likely spend the majority of your WoT time in the standard 15v15 matches. These engagements take a few moments to queue up (and the matchmaker does a passable job of balancing out evenly matched teams; more on this in a minute). You can also opt for team training scenarios to perfect your group tactics (but you won't get any gold or XP), create your own platoon, or join an existing 15-member company to queue for battles in the WoT equivalent of the pre-made.

Since I dived into the game sans friends, I let the matchmaker do the work for me. As you would expect, the experience from battle to battle is wildly different. On occasion you'll luck into a team with a couple of veterans who know the maps, know their equipment, and aren't averse to making their intentions known in the team text chat (if there's one major chink in World of Tanks' armor, it's the lack of built-in voice for random public matches).

More often than not, though, you'll fall in with a group of headless chickens -- or newbs like yours truly -- who are still learning the ins and outs of the game's considerable strategic component. My match win percentage at the end of my two-week stay was about one in four, which is too bad because you get considerably more XP and gold if you manage to be on the right side of the engagement.

While the matchmaker does ensure that you're never fighting against tier 10 opponents in your tier one newbsauce tank, you will run across people who have purchased premium ammo, consumables, and upgrades, and they will wipe the floor with you as a result.

While this can be humbling, it is possible to play and enjoy the game entirely for free if you're not looking to be ultra-competitive. I got my share of kills despite being on the losing side more often than not, and I made slow but steady progress throughout my playtime. Endgame competitive play is another story, of course, and if you're bent on experiencing the game's clan wars mode and battling with a group of elite buddies for territory control and bragging rights, you're going to need to drop a little cash on premium gear upgrades and concentrate on improving your stats.

Speaking of progress, I should say that World of Tanks can be fairly grindy, particularly if you opt to forgo the XP bonuses available via a premium account. That's not necessarily a bad thing, though, as much of the game's depth and replay value comes courtesy of the labyrinthine research trees and upgrade options accessible from the pre- and post-match garage screen. There are dozens of tanks to unlock and hundreds of parts to acquire and equip, and there's even a crew management minigame that allows you to train your soldiers' firefighting, camouflage, and repair skills (which will in turn up your survivability when you head back into the thick of battle).

If you're impatient (or unhappy with continued whoopings), you can pay Wargaming.net small sums of cash to speed up most of these grinds. For my part, I was content to dabble and queue up for matches throughout my workday, and aside from the retail box edition of the game that I bought for my collection, I didn't spend any money at all.

In terms of presentation, World of Tanks is top notch. The dev team put a lot of care and detail into the game, and it shows in the nicks and dents on your tank; the smoke, sparks, and tortured metal effects as you take damage; and the beautiful World War II-era countryside that boasts plenty of interactive objects. There's something quite satisfying about powering through a picket fence and watching it splinter under your tracks, or mowing over a huge tree as you pursue an enemy through a dense thicket, and moments like these happen in nearly every battle.

Lest I come across as a blathering fanbot, though, I'll note that the game is far from perfect. As I mentioned earlier, the lack of voice is a strange oversight for a team-based shooter, and while the garage UI is fairly intuitive and easy to navigate, the battle UI suffers a bit at high resolutions. Blink and you'll miss the tiny text chat box in the lower left corner, and the lack of any apparent resize functionality means I had to spend a lot of time squinting, leaning forward in my chair, and hunting around the interface (which detracted from situational awareness and resulted in several one-shot deaths that could have otherwise been avoided).

Finally, the sim fan in me wants to see certain bells and whistles like in-tank views, avatar customization, and other details that most fans of arcade-style shooters probably consider extraneous. Even without those niceties, though, World of Tanks is a lot of fun in small doses. The easy-to-learn-hard-to-master cliche is indeed a cliche, but it's an entirely appropriate one in this case.

The Firing Line's Jef Reahard has a twitchy trigger finger, a love of online shooters, and an uncanny resemblance to Malcolm Reynolds. OK, maybe not, but at least if he ever kills you, you'll be awake, you'll be facing him, and you'll be armed.
In this article: accessibility, accessible, easy-to-learn-hard-to-master, f2p, featured, firing-line, free-to-play, freemium, hands-on, impressions, mmo-shooter, opinion, pay-2-win, pay-to-win, shooter, tanks, the-firing-line, wargaming.net, world-of-tanks, world-of-tanks-impressions, World-War-II, wot, ww2, wwii
All products recommended by Engadget are selected by our editorial team, independent of our parent company. Some of our stories include affiliate links. If you buy something through one of these links, we may earn an affiliate commission.
Share
Tweet
Share