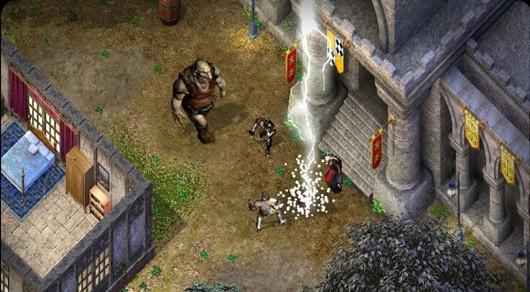 If you're looking for a reasonably short video primer on the history of MMOs, look no further than a series of clips recently uploaded to YouTube. According to some genre heavyweights, though, you shouldn't take all the info presented at face value. Former sandbox (and current social games) developer Raph Koster weighs in on the clips at his personal blog, and he offers up a laundry list of "oddities, errors, and omissions."

MUD pioneer Richard Bartle shows up in Koster's comment thread, and he's even more direct. "I wonder why so few of those who make this kind of documentary actually ask the people they're talking about whether what they're saying about them is factually correct? It's not like we're dead or anything," Bartle muses.

Why watch the vids, then? Mainly for the exposure to pre-2004 MMORPGs, according to Koster. The clips are "worth a look, even if only to get a rare glimpse of actual video footage from some of the older games that many folks today don't even know existed," he says. Check out all three installments after the break.

In this article: culture, history, history-of-mmos, Miscellaneous, mmo-history, mmo-industry, mmos, mud, muds, raph-koster, richard-bartle, video, videos
All products recommended by Engadget are selected by our editorial team, independent of our parent company. Some of our stories include affiliate links. If you buy something through one of these links, we may earn an affiliate commission.
Share
Tweet
Share