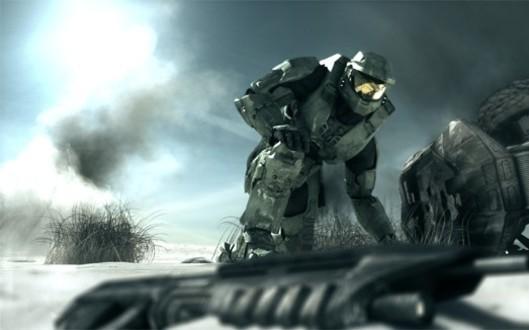 And that's pretty much what Halo: Eye of the Storm is. Created under Microsoft's Game Content Usage Rules in Halo 3, this 22 minute epic re-imagines the events of The Storm, the game's fifth campaign mission. In his submission email to Joystiq, creator Philip Kang told us it took over two years to create Eye of the Storm. He had to play through the same mission over 100 times trying to get the AI to do specific things necessary for each shot. Actors, right?

In the end, it was all worth it: Kang's created a video masterpiece, now featured on a website our friend's uncle once called "a website."
In this article: halo, Halo-3, halo-eye-of-the-storm, machinima, microsoft, philip-kang, xbox
All products recommended by Engadget are selected by our editorial team, independent of our parent company. Some of our stories include affiliate links. If you buy something through one of these links, we may earn an affiliate commission.
Share
Tweet
Share