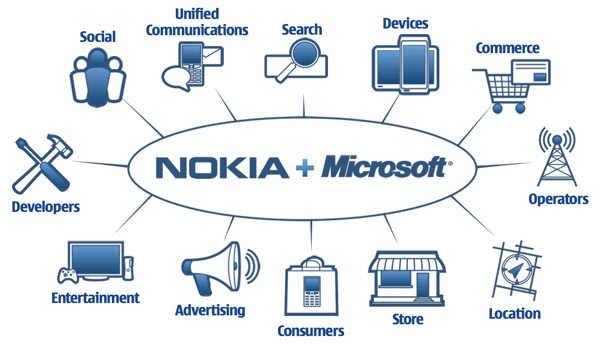 It's happened. Former Microsoft exec and current Nokia CEO Stephen Elop has married his future and his past in the holy matrimony of a "strategic alliance." Windows Phone is becoming Nokia's "principal smartphone strategy," but there's a lot more to this hookup -- scope out the official press release just after the break. Microsoft's Bing and adCenter will provide search and ad services across Nokia devices, while Nokia will look to innovate "on top of the platform" with things like its traditional strength in imaging. Ovi Maps will be a core part of Microsoft's mapping services and will be integrated with Bing, while Nokia's content store will be integrated into (read: assimilated by) Microsoft's Marketplace. Xbox Live and Office will also, as is to be expected, feature on these brave new Microkia handsets. An open letter on Nokia's Conversations site, penned jointly by Stephen Elop and Steve Ballmer, sets out the foregoing details along with the following statement of intent:

"There are other mobile ecosystems. We will disrupt them. There will be challenges. We will overcome them. Success requires speed. We will be swift. Together, we see the opportunity, and we have the will, the resources and the drive to succeed."