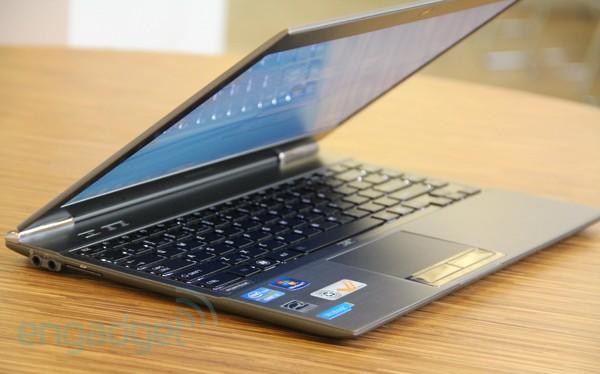 It's dangerous to throw titles like "world's thinnest" and "world's lightest" around at events like CES -- what was a record breaker on Tuesday morning has a tendency to look a bit portly by Wednesday afternoon. But, never mind the caution, here comes Toshiba pledging both the thinnest and the lightest 10.1-inch tablet and 13.3-inch Ultrabook (though that latter one could just be referring to the Portege Z835 we've already reviewed). We'll have to wait a few days for any further details, though. The company is also promising to show off an OLED reference tablet with waterproof construction and wireless power plus a 55-inch QFHD television with glasses-free 3D. No world records there, but it should be quite a looker.
In this article: ces, ces 2012, Ces2012, hdpostcross, lightest, tablet, thinnest, toshiba, ultrabook, worlds lightest, worlds thinnest, WorldsLightest, WorldsThinnest
All products recommended by Engadget are selected by our editorial team, independent of our parent company. Some of our stories include affiliate links. If you buy something through one of these links, we may earn an affiliate commission.
Share
Tweet
Share