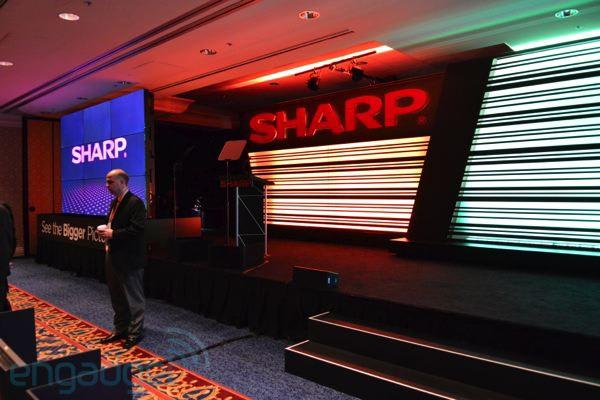 The CES press conferences are in full swing now and we're waiting patiently for the Sharp one to start. We expect some new additions to the Sharp lineup, but with the 80-inch released late last year, we'd be shocked if anything announced today would live up to that.

In this article: CES, CES 2012, Ces2012, keynote, liveblog, Sharp, sharpces2012
All products recommended by Engadget are selected by our editorial team, independent of our parent company. Some of our stories include affiliate links. If you buy something through one of these links, we may earn an affiliate commission.
Share
Tweet
Share