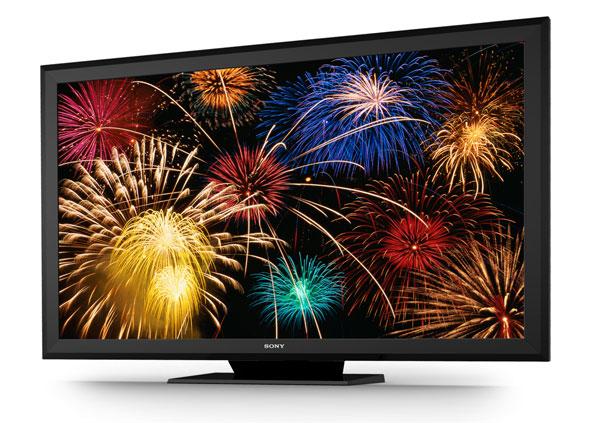 While LG and Samsung trumpet their OLED prototypes, Sony has apparently moved on from the tech, choosing to highlight a new 55-inch Crystal LED prototype at CES 2012. Its display relies on "ultrafine" LEDs mounted to each RGB color, equivalent to the number of pixels, which is all affixed directly to the front of the display. We don't have the full details, but so far Sony is claiming 3.5 times contrast, 1.4 times the color gamut and 10 times faster response time than LCDs.

Update: We've seen it in person and we can certainly say it was both bright and beautiful, however it was only displaying still images at a frustratingly slow refresh rate. In other words, it was a prototype, but one we'd love to watch some real videos on some time soon. The "Crystal LED Display" is a self-emitting display that uses Sony's unique methods to mount ultrafine LEDs in each of the Red-Green-Blue (RGB) colors, equivalent to the number of pixels (approximately six-million LEDs for Full HD). The RGB LED light source is mounted directly on the front of the display, dramatically improving the light use efficiency. This results in images with strikingly higher contrast (in both light and dark environments), wider color gamut, superb video image response time, and wider viewing angles when compared to existing LCD and plasma displays, with low power consumption. Furthermore, due to the display's structure, the "Crystal LED Display" is also ideal for large screens.

*1 Average of the front of the screen and a diagonal direction (45 degrees), with environmental illuminance of 100 lux
*2 Average power consumption using moving picture video signal stipulated by IEC62087 Ed.2.0
In this article: 55-inch, ces, ces 2012, Ces2012, crystal led, CrystalLed, display, hands-on, hdpostcross, hdtv, led, prototype, rgb, sony, video
All products recommended by Engadget are selected by our editorial team, independent of our parent company. Some of our stories include affiliate links. If you buy something through one of these links, we may earn an affiliate commission.
Share
Tweet
Share