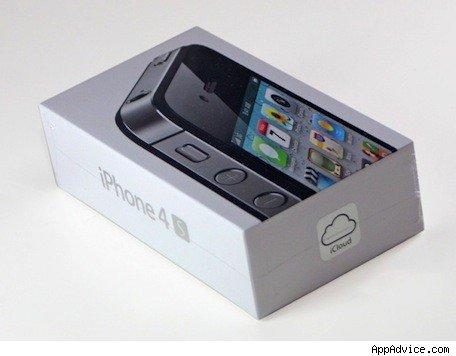 We all know just how obsessive Apple is about the little things. Scott Forstall, Apple's VP of iOS software, has mentioned that he uses a photographer's loupe to make sure that every pixel on the iOS interface is "just right." Now an upcoming book opens the door on a secret room at Apple HQ where product packages are designed and tested.

The book, Adam Lishinsky's Inside Apple, will be available in ebook and printed form tomorrow (January 25, 2012) and opens the kimono on the inner workings of the company. NetworkWorld had an early look at the book, and in one section Lishinsky described a packaging design room that is accessible to only a few people who have the proper security clearance.

Apple wants the user experience to start when the consumer first picks up a product box in a store. Lashinsky discusses how the room was once filled with hundreds of iPod box prototypes. The reason they had so many prototypes? Apple wanted to determine exactly which box evoked the proper emotional response in a customer when they unboxed the product.

In a quote from the book, Lashinsky notes that "One after another, the designer created and tested an endless series of arrows, colors, and tapes for a tiny tab designed to show the consumer where to pull back the invisible, full-bleed sticker adhered to the top of the clear iPod box. Getting it just right was this particular designer's obsession ... What's more, it wasn't just about one box. The tabs were placed so that when Apple's factory packed multiple boxes for shipping to retail stores, there was a natural negative space between the boxes that protected and preserved the tab."

Apple's fixation on box design must work: I still have all of the boxes for my iOS devices and Macs. Most other product boxes end up in the recycle bin after a few days.

In this article: adam lishinsky, AdamLishinsky, apple, apple history, AppleHistory, inside apple, InsideApple, network world, NetworkWorld, packaging
All products recommended by Engadget are selected by our editorial team, independent of our parent company. Some of our stories include affiliate links. If you buy something through one of these links, we may earn an affiliate commission.
Share
Tweet
Share