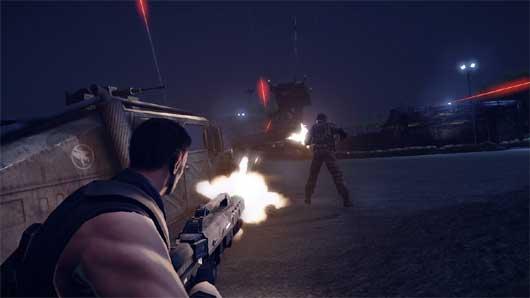 Here at Joystiq, we pride ourselves on being inside your mind, knowing what it wants, knowing what it thinks. We're like a somewhat creepier, less linguistic Babel Fish. The one thing your brain has been demanding is an updated version of 2002's Command & Conquer: Renegade.

We'd like to bring to your attention Renengade X: Black Dawn, a "spiritual successor" created by fans at Totem Arts. Tomorrow, the group will release the full single-player "mini-campaign," which was built in the Unreal Development Kit, and later Totem Arts plans to release a new multiplayer installment using the UDK.

In its current form, Renegade X is an updated version of the original game's multiplayer, made in Unreal Tournament 3, and has been playable for some time. If you want to partake, you'll need to own a copy of Unreal Tournament 3 with the latest updates.

Or, you know, just wait a day.

[Thanks, ssjChris!]
In this article: command-and-conquer, command-and-conquer-renegade, epic, epic-games, pc, renegade-x, renegade-x-black-dawn, totem-arts, udk, unreal, unreal-development-kit, unreal-tournament-3
All products recommended by Engadget are selected by our editorial team, independent of our parent company. Some of our stories include affiliate links. If you buy something through one of these links, we may earn an affiliate commission.
Share
Tweet
Share