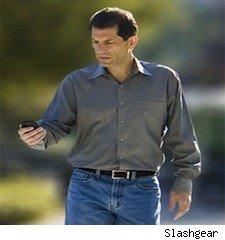 Rubinstein is perhaps best known for his days at Apple, when he spearheaded the rapid growth of the iPod music player -- the piece of Apple hardware widely remembered as the "gateway drug" that has since attracted millions of customers to the Mac, iPhone, and iPad. After Apple, Rubinstein worked at venture firm Elevation Partners, then moved to Palm.

In 2009, Rubinstein replaced Ed Colligan as Palm's CEO, overseeing the ill-fated switch from the old PalmOS to WebOS. The latter mobile operating system first appeared on the Pre, Pixi, and Veer smartphones. Rubinstein became an HP exec when the consumer electronics giant acquired Palm, and was at the driver's seat of the mobile division as the WebOS-powered TouchPad tablet crashed and burned.

When HP decided to get out of the mobile devices hardware market, Rubinstein was given a "product innovation role" at HP's Personal Systems Group designed to lessen the eventual impact of his departure.

In this article: apple, hp, iPod, jon rubinstein, JonRubinstein, palm
All products recommended by Engadget are selected by our editorial team, independent of our parent company. Some of our stories include affiliate links. If you buy something through one of these links, we may earn an affiliate commission.
Share
Tweet
Share