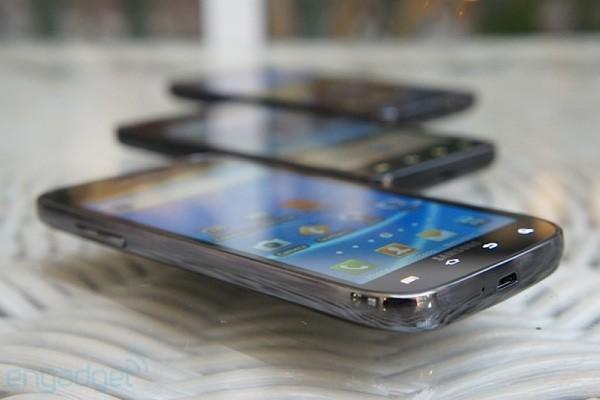 Not all mobile news is destined for the front page, but if you're like us and really want to know what's going on, then you've come to the right place. This week, we've spotted a leaked Android 4.0.4 ROM for the Nexus S 4G, and we've also come across a price and release date for the Droid 4. These stories and more await after the break. So buy the ticket and take the ride. Let's explore the "best of the rest" for this week of January 30th, 2012.

A leaked version of Ice Cream Sandwich for the Nexus S 4G made its way into the wild this week, although the Android 4.0.4 ROM was subsequently removed from the xda-developers forum. Thankfully, it was available long enough for custom ROM makers -- such as Peter Alfonso -- to bring the improvements into their own refined creations. Ice Cream Sandwich has been available to Nexus S 4G users via custom ROMs for some time now, but the leak suggests that more timid folk won't have much longer before an official release becomes available. [SprintFeed, Peter Alfonso]

There's plenty of chatter to suggest that the Droid 4's launch is imminent. Our own sources on the matter point to Friday, February 10th. Meanwhile, the folks at Droid-Life have come across a price for the slider, which will sell for $199 on-contract and $549 outright. The news deviates from what we'd previously known about the Droid 4, which was earlier outed with a $249 price tag. [Droid Life]

Koush has released an updated beta of ClockworkMod Recovery Touch. In addition to the Galaxy Nexus and Nexus S / 4G, the latest version also supports the Atrix, EVO 4G, EVO 3D, Desire and Desire HD. While we're still hesitant to give it a spin on our personal handsets -- because really, the traditional version works just fine -- if you're willing to give the touch-based recovery a whirl, let us know what you think. [Android Community]

Sprint's iPhone constituency may have noticed a new app from the carrier this Monday. Known as Sprint Zone, the portal allows customers to manage their account, locate Apple and Sprint stores and easily place calls for support. Users will also find news and promos from Sprint -- as if you don't get enough of the Now Network from the pages of Engadget. [SprintFeed]

An interesting development was uncovered by a UK-based Rezound owner in the xda-developers forums. By entering *#*#4636#*#* into the phone's dialer, he discovered options for global roaming. From there, he popped in a T-Mobile SIM and has since found support for voice, data and the ability to receive (but not send) text messages. The Rezound was never marketed as a world phone, but its MSM8660 chipset does offer both CDMA and UMTS capabilities. It's unknown whether Verizon intends to officially enable global roaming through a software update, but work is currently underway in the forums to determine which bands the Rezound supports. [Droid Life, xda-developers]

Nokia Lumia 710 goes up for sale in Canada and UK

Those in Canada and the UK who've waited for their slice of the Lumia 710 pie were able to stop drooling this week, as the phone officially went up for sale on February 1st. Sure, T-Mobile has been doling them out for a couple weeks now in the US, but we're happy to have our friends up north and across the pond join the party. [Nokia UK (Twitter), Mobile Syrup]

The Canadian carriers were all over the Galaxy Nexus this week, as both Mobilicity and Wind Mobile greeted Google's finest with open arms. The phone is sold without contract on Mobilicity for $599, whereas Wind customers will find it for $249 with a three-year WindTab+ term. Meanwhile, Videotron is set to pick up the handset on February 8th with a price that's yet to be announced. Protip: nothing says you're glad to see us quite like a Galaxy Nexus in your pocket. [Mobile Syrup 1, 2, 3]