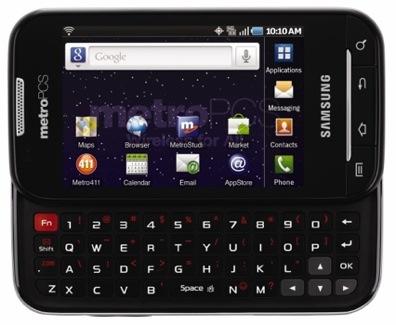 The nation's fifth largest wireless provider -- MetroPCS -- has checked in with its Q4 2011 financials, and on the whole, the company looks to be doing quite well. Metro reported $1.2 billion in consolidated quarterly revenues and $362 million in earnings, an increase of 16% and 15% when compared to the fourth quarter of 2010. A few other positive vitals: average revenue per user (ARPU) was up $0.76, net income rose to $77 million and churn dropped 80 basis points from 4.5% in Q3 to 3.7% in Q4. Two small blemishes can be found in the net customer additions and cost per user (CPU) columns. While MetroPCS added well over 197,000 new customers in Q4, the rate at which it grew slowed dramatically -- down 34% when compared to the fourth quarter of 2010. The company's CPU also rose $1.17 during that same period -- which can be partially attributed to LTE network services, along with general expansion and operating costs. One other mildly unfortunate note was word that voice over LTE wouldn't be launching till the second half of the year, slightly later than we had been anticipating. Taking all that into consideration, it was still a strong quarterly showing from the value-centered wireless carrier.

"Definition of Terms and Reconciliation of non-GAAP Financial Measures"

"Throughout 2011, we maintained our cost discipline while growing our subscriber base. We believe 2011 results were driven by our compelling lineup of smartphones and our continued investment in our CDMA network combined with our focus on enhancing the customer experience. For the sixth consecutive year, we added over 1 million net subscribers, growing our subscriber base at a 30% CAGR over the same period. This growth rate is outstanding and we believe demonstrates that no annual contract mobile broadband wireless service continues to be the fastest growing sector within wireless. As we move towards the second half of 2012, we expect to offer MetroPCS subscribers Android smartphones on our 4G LTE network at lower prices. Since our launch of Android smartphones in late 2010, 35% of our subscriber base is now on a smartphone plan. With our 4G LTE network and line-up of smartphones, we believe we can build on our momentum and continue to drive profitable growth," Linquist concluded.

MetroPCS currently expects to incur capital expenditures in the range of $900 million to $1.0 billion on a consolidated basis for the year ending December 31, 2012.
In this article: 2011, ARPU, CPU, Earnings, EBITDA, filing, Financials, fiscal, fourth, fourth quarter, FourthQuarter, Metro, MetroPCS, mobilepostcross, mobilepostmini, PCS, Q4, Q4 2011, Q42011, quarter, revenue
All products recommended by Engadget are selected by our editorial team, independent of our parent company. Some of our stories include affiliate links. If you buy something through one of these links, we may earn an affiliate commission.
Share
Tweet
Share