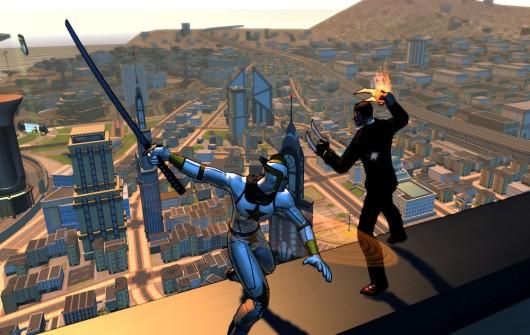 Like many MMOs, Champions Online is at its heart a game of numbers. Your character type focuses on certain stats, and you want to make those stats go higher. But sometimes the way those stats work together is a bit less than intuitive in the live game, hence some recent changes to Super Stats and regular stats on the test servers. The biggest change assigns one primary and two secondary, rather than two Super Stats, to players, which alleviates the current problems with Super Stats (certain pairs of Super Stats work poorly together and are poorly represented in itemization).

Individual stats have also seen some tweaks: Strength is no longer hard-capped for melee damage, Presence has had its threat component removed and a soft-cap introduced, Ego is now solely a ranged stat, and Dexterity has seen improvements to its critical benefits. Roles are also being balanced differently, giving more consistent stat benefits that are more in line with what players in a given role will actually need to do. It's a pretty sweeping set of changes, but the end goal is to give Champions Online players a more straightforward numbers game to play.
In this article: abilities, balance, balance-changes, champions-online, character-builds, co, cryptic, cryptic-studios, f2p, free-to-play, game-mechanics, game-systems, mechanics, news, perfect-world-entertainment, pwe, statistics, stats, systems, test
All products recommended by Engadget are selected by our editorial team, independent of our parent company. Some of our stories include affiliate links. If you buy something through one of these links, we may earn an affiliate commission.
Share
Tweet
Share