FBI and CISA warn against surge in voice phishing campaigns 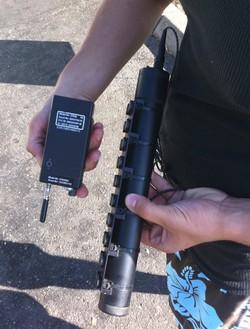 Following a January ruling by the US Supreme Court, the FBI has deactivated some 3,000 GPS units that were potentially infringing on the Fourth Amendment. The decision seems to be making waves in the U.S. Justice Department. Andrew Weissmann, FBI General Counsel, says some of the devices have been difficult to retrieve, as the vehicles they were once tracking now move undetected. The FBI has sought temporary permission to reactivate some of the devices to locate and retrieve the hardware. Weissmann says the FBI is also developing new guidelines regarding the legality of its agent's actions -- from the application and use of tracking devices, to the extent a suspect's garbage can be searched before the agent is committing trespass. In short, the FBI is working really hard not to violate your legal right to privacy. If you happen to find something weird under you car, give 'em a call. They'd probably like it back.

In this article: FBI, fourth amendment, FourthAmendment, gps, gps tracking, GpsTracking, police, privacy, search, search warrant, SearchWarrant, supreme court, SupremeCourt, tracking, us supreme court, UsSupremeCourt
All products recommended by Engadget are selected by our editorial team, independent of our parent company. Some of our stories include affiliate links. If you buy something through one of these links, we may earn an affiliate commission.
Share
Tweet
Share