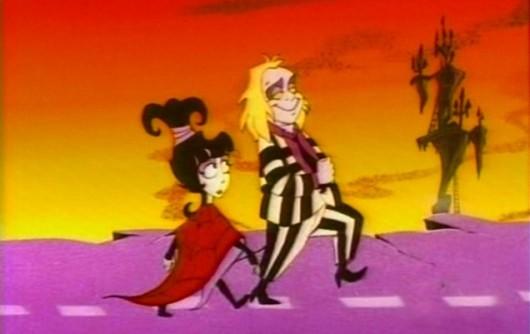 When a beloved friend, family member, hero, or role model dies, we feel the pain of that loss and grieve in many different ways. Part of that grieving and healing process is often entails those left behind constructing some sort of tribute to the dearly departed. Sometimes this comes in the form of a shrine of flowers, sometimes it's the establishment of a charity, and sometimes it's creating an in-game memorial that thousands if not millions of people will see over the course of years.

So while death and illness are depressing topics to dwell upon, I find the many MMO tributes that studios and even gamers have erected to be inspiring and a celebration of individual players' lives. With the help of my fellow Massively staffers, I researched 10 wonderful in-game tributes that serve to honor the lives of fellow gamers.

Gary Gygax's death in 2009 sent shockwaves through the geek community. As one of the creators of Dungeons & Dragons, Gygax was seen as the father of RPGs and a huge influence on many lives. Many people and organizations scrambled to pay him tribute during that time, and MMOs stepped up to the occasion like you wouldn't believe.

EverQuest II rewarded those who complete a Bristlebane Day quest with a giant Stone of Gygax (a big 20-sided die) that rolls around one's home or guild hall. DDO wasn't just content to modify a quest that Gygax himself narrated; the devs also constructed an in-game shrine in the game's graveyard. Ultima Online honored Gygax in Publish 51 with a special room in the Doom dungeon. Blizzard dedicated WoW's 2.4.0 patch to Gygax, stating, "As avid D&D players and fellow game developers, we were all saddened by the news of his passing; we feel we've lost a true adventuring companion."

Jeff Freeman was a lead gameplay designer on the now-defunct Star Wars Galaxies and perhaps became best-known for his role with the New Game Enhancements. After his suicide in 2008 at the age of 39, his colleagues at SOE constructed a special room in the Adventurer's Guild Hall in SWG known as the Freeman Memorial, where well-wishers could pay their respects.

In the room, a Yanjon statue commemorated Freeman like so: "The Freeman, gone but not forgotten. Thank you for all your works of wonder. You will be missed."

While you can no longer visit the memorial in the game for obvious reasons, a video of the room is preserved on YouTube.

Ezra was a 12-year-old kid who was diagnosed with terminal brain cancer. Through the Make-a-Wish Foundation (which will make another appearance on this list), Ezra got the field trip of a lifetime. He and his father traveled to Blizzard Entertainment's offices, where he collaborated with developers to create a special NPC and quest. This eventually became the Tauren Ahab Wheathoof, who asks players to help him find his dog Kyle near Bloodhoof Village.

The developers also created an epic phoenix-themed crossbow in his honor and gifted it to Ezra along with the world's first Ashes of Al'ar mount.

Sadly, Ezra passed away in 2008 due to a stroke. The following year, at the start of the Lunar Festival, Blizzard renamed a Tauren elder Ezra Wheathoof as an additional tribute.

4. Numerous others: World of Warcraft

Ezra is not the only person whom Blizzard has honored over the years with an in-game memorial; in fact, there are several subtle tributes all over Azeroth to real-world folk who have passed away.

On a hill in the Barrens is a small shrine to "M.K.," referring to Michel Koiter, a former Blizzard illustrator who died during the game's initial development. There are also a couple of gravestones in Hillsbrad Foothills for another Blizzard employee, Jesse Morales, as well as a Dwarf mourning the passing of Anthony Stark (who wasn't a part of the company but was a good friend of many Blizzard devs). No, it's not that Tony Stark, but I'm sure he was quite awesome in his own way.

Other tributes include the characters of Caylee Dak (Dak Krause died of leukemia in 2007), Captain Armando Ossex (details on the real-life inspiration for this character are scarce), and Crusader Bridenbrad (the brother of Robert Bridenbecker, a Blizzard VP).

This is probably the happiest entry on this list because the tributee in question is still alive and reportedly doing well following a heart transplant. However, back in 2009, it was a little more dicey for a girl named Emily, who had heart problems for years and put in a request at Make-a-Wish to go to ArenaNet and see Guild Wars 2.

And so she did, and while what she saw and did in the game was classified, we do know that the devs worked with Emily to create a special event that we'll be playing ourselves soon enough.

While the previous entries on this list were the work of developers, Ultima Online's sandbox structure allowed the players themselves to set up one of the most memorable shrines in the game.

Frank Campbell, better known as Lord Goodman in UO, was beloved for the construction of a large (and often moving) libary that held a massive variety of player-written books and teleport runes to places all over the world. After Goodman passed away in 2005, players decided to not only keep his rune library operating but turn the top floor into a shrine in his honor. Goodman's Rune Library currently is located near Zento on the Atlantic shard.

Probably one of the most heart-warming and inspirational stories of how a game community can rally together for a great cause is that of a six-year-old boy who played EverQuest II under the name "Ribbitribbit." His mother informed the community that he only had less than three months to live due to aggressive cancer and wondered whether anyone could help fulfill one of his final wishes: to spruce up his prestige home, where he loved to run around with his pet frog.

The community responded. Oh boy, did it ever.

In mere days, hundreds of gamers, GMs, and even former devs banded together to turn Ribbitribbit's home into a magical paradise. The effort got so huge that additional homes were purchased for him, including a rare Frostfell structure. If you have a few minutes and a hanky on hand, check out Ribbitribbit's reactions to the end result.

One of the most helpful players in back in the pre-launch era of City of Heroes, Matthew Bragg died soon after the game's release.

The devs stepped in to name a tutorial superhero Coyote after Bragg's forum name of Kiyotee. The NPC's description reads, "Matthew Bragg never sought the mantle of Hero, but when Old Man Coyote needed an avatar on earth, Matthew was selected. An excellent crime-fighter with a magical sense of humor, Coyote is renowned for his tutelage and mentoring. He is always around to show new Heroes in Paragon City the ropes."

When Daniel thought about growing up, he knew he wanted to be a game developer. Unfortunately, Daniel had a debilitating condition known as Marfan syndrome that put that future in doubt. So instead of waiting to see how the future would pan out, he asked Make-a-Wish if he could become a developer right then and there.

That's when EA Mythic got involved, and the studio contacted Daniel to collaborate on a special quest for the game. What he designed ultimately became an interesting adventure known as Saving Zarees, and the questgiver is based on Daniel's own character.

If you read entry #1 and felt the heat of injustice lick at the nape of your neck because I overlooked the "other" creator of D&D, fear not. While he may not be as much of a geek household name as Gygax, Dave Arneson was certainly remembered by Turbine when he passed in 2009.

A few months after his death, DDO included a memorial altar in the Ruins of Threnal and created a brand-new reward at the end of a quest chain that Arneson himself narrated. The item, the Mantle of the Worldshaper, could be paired up with the special reward at the end of Gygax's memorial quest for a special True Seeing persistent buff.