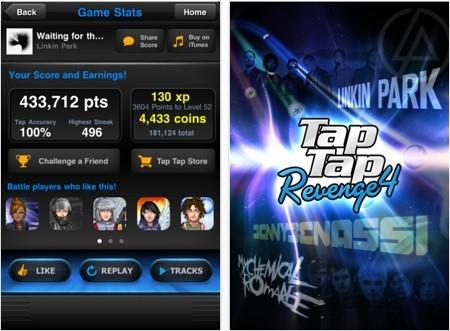 Disney's always had kind of an identity complex with Tap Tap Revenge. The brand is one of the oldest on the App Store -- it was originally called Tap Tap Revolution, and was eventually picked up by Tapulous and turned into Tap Tap Revenge, a sort of DDR-style music game. Then, of course, Tapulous was bought by Disney, and its CEO, Bart Decrem, was put in charge of Disney's entire mobile division, where they've had significant success with other titles and brands.

But Tap Tap has always been an interesting one. It has definitely benefited from Disney's ties to the music industry, and there's no question that the in-app purchases of popular songs help the app's profitability. But at the same time, it seems Disney isn't quite sure what to do with Tap Tap. The company, along with Decrem's insight, keeps coming up with different ways to try to tie together the relatively ancient Tap Tap gameplay with the Disney empire at large.

And here's another one. DJ Tiesto is planning to release a new album, called Club Mix: Volume Two Miami, and he's signed a deal with Disney to debut it in the Tap Tap Revenge app itself. Starting today, fans will be able to download certain tracks from the album for free in Tap Tap Revenge, and then over a two-week period, various songs will be available to play for a limited time, allowing for a preview of the entire album. Disney's also giving away copies of the album in the game itself, and the two brands are just generally promoting the heck out of each other.

It's not a bad idea at all, and it'll probably work. Tiesto's audience probably lines right up with the people playing this game, and spinning an album for the first time through an app is an intriguing strategy. But it definitely feels like Disney is poking around for something that works with Tap Tap Revenge, and if this doesn't, they'll have to dream up something else.

In this article: ad, bart decrem, BartDecrem, deal, disney, dj tiesto, DjTiesto, marketing, music, tap tap revenge, TapTapRevenge, tapulous
All products recommended by Engadget are selected by our editorial team, independent of our parent company. Some of our stories include affiliate links. If you buy something through one of these links, we may earn an affiliate commission.