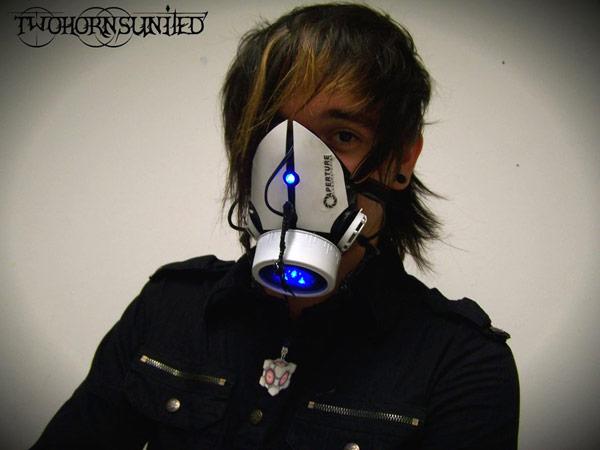 Valve's Portal series has been used as the pretext for many achievements outside of puzzle gaming, including getting hitched. Keeping you from shuffling off this mortal coil, however, is still new. Two Horns United has given a gas mask a decidedly nerdy visual upgrade that resembles the game's iconic Aperture Science Portable Quantum Tunneling Device, right down to the light-up energy chambers. Best of all, unlike some homebrew projects, you'll have a (probably limited) chance at buying one yourself after June. Coworkers might look at you oddly as you strap a portal gun to your face during a safety drill, but you'll have the quiet satisfaction of knowing you're truly ready for a neurotoxin attack, not to mention taking the title of a Jonathan Coulton song very literally.

In this article: aperture science, ApertureScience, crafting, crafts, custom, custom made, custom-made, CustomMade, gaming, homebrew, homebrewing, portal, portal 2, portal gun, Portal2, PortalGun, two horns united, TwoHornsUnited, valve, valve software, ValveSoftware, wearables
All products recommended by Engadget are selected by our editorial team, independent of our parent company. Some of our stories include affiliate links. If you buy something through one of these links, we may earn an affiliate commission.
Share
Tweet
Share