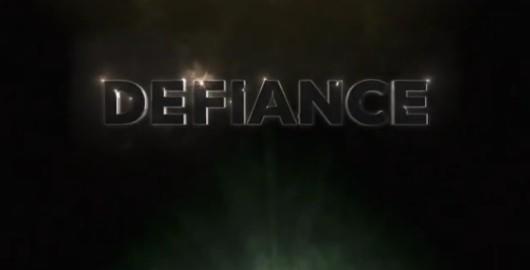 In this slowly unifying world of technology and gameplay that we live in, it seems weird how we still have the segregation between consoles in the online space. Trion Worlds put on a private demonstration on development hardware to show just how that barrier can be easily knocked down. Unfortunately, the console companies involved will never let it happen.

The game in question is Trion Worlds' upcoming Defiance, an MMOFPS that will interact with the Syfy television series of the same name. Trion showed a crowd how it's entirely possible for one player on an Xbox 360 to fight against or with another player on a PlayStation 3.

Trion Global Brand Director Alex Rodberg said that while this cross-platform mingling can be done, it's extremely unlikely that such a thing would ever reach live servers: "Microsoft won't let Sony players play against them."

A Microsoft spokesperson agreed with that sentiment: "We have a high level of expectation for our game developers to ensure that all Live experiences remain top notch. Because we can't guarantee this level of quality, or control the player experience on other consoles or gaming networks, we currently do not open our network to games that allow this cross-over capability."
In this article: 360, Alex-Rodberg, console, console-linkup, defiance, linking-consoles, microsoft, playstation-3, ps3, sony, syfy, trion, trion-worlds, xbox-360, xbox-live
All products recommended by Engadget are selected by our editorial team, independent of our parent company. Some of our stories include affiliate links. If you buy something through one of these links, we may earn an affiliate commission.