Toshiba AC100 smartbook preview: what were you expecting? 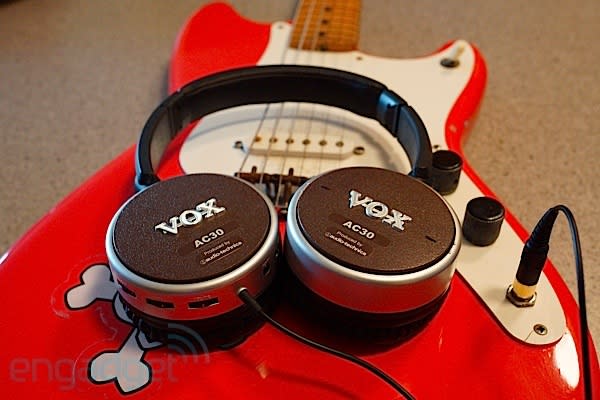 Guitarists and Bassists have many tools at their disposal for practicing fresh news licks without disturbing others around them. One of our favorites is Vox's AmPlug -- a guitar amp-modeling dongle that plugs into your instrument's 1/4-inch jack, allowing you to connect headphones and an MP3 player to practice privately. Building on the idea, Vox worked with Audio-Technica to simply embed the AmPlug in a new line of headphones, dubbing them Amphones. The company quietly put the cans up on its site recently, and it's now officially ready to shout out loud about them.

Guitarists can choose from AC-30 (British crunch), Lead (hi-gain) and Twin (clean) variants, and bassists can snag the Bass version, which is based on Vox's AC100. Just like the AmPlug, each Amphone features volume dials -- sadly, these don't go to 11 -- for setting gain, volume and tone, along with a fourth for a built-in effect (compression for the Bass and reverb with the AC30, for example). A duo of triple AAs power the cans and, as you'd expect, the 'phones have a 3.5mm jack for hooking in external sources as well as a 1/4 adapter to plug into your axe. These Vox-styled units will be available in the US sometime in October for $100 a pop (double the cost of an AmPlug). Hungering for more already? We were able to give a pre-production version of the AC30 model a brief run, and you'll find our initial impressions after the break. 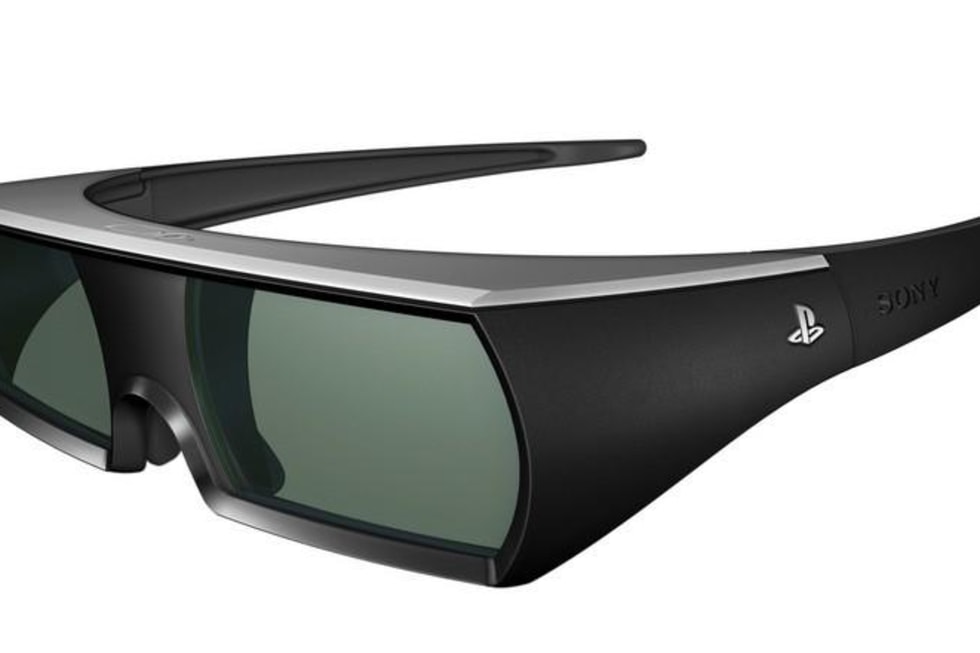 For the record, this guitar and bass-playing editor was excited about the prospects of the Amphone. While the AmPlug has proved to be staple in my practicing arsenal, it suffers from its less than ideal build quality -- it had to be nursed back together by tape and rubber-bands after only a few months of ownership. Furthermore, the device can sometimes be a nuisance depending on the placement of a guitar's input jack, not to mention dealing will two audio cords for headphones and a music source.

Disappointingly, the Amphones feel as passable as the AmPlug -- make no mistake, the cans are about as utilitarian as they come. The design is certainly flexible and light, but the slim amount of padding supplied was hard to forget about when wrapped around this editor's ears. This isn't a set we'd recommend for pure music listening in the least. Even the Vox accents manage look cheap, thanks to an unfortunate choice of metallic-colored paint along the edges.

As far as sound goes? Well, it's basically just as passable as the build quality. No matter how we set the dials, the sound of guitar came out very harsh and hard to make out. The plug does have the vibe of an actual AC30 in its voicing, but it comes through as simply a wall of intense overdrive. Further exacerbating the problem, the main volume was insanely loud set to just a mere a two out of 10, leaving little room for mixing in our music or fine-tuning over levels. The on-ear controls are also hard to reach, meaning we had to take the cans off every time we wanted to make an adjustment -- a much easier task with the AmPlug which is always near your fingertips. Hopefully the Amphones will receive a bit of tweaking before their October release, but, as it stands, this editor will be sticking with the AmPlug and his own choice of headphones for practicing -- despite its niggles, it's hands-down the better option.


VOX Amphones deliver dual benefits, allowing users to privately amp up their musical stylings, and listen to their favorite tunes


MELVILLE, NY, September 18, 2012 - Vox Amplification is thrilled to announce the release of its latest innovation Amphones. These brand new, powered headphones feature a built-in VOX Amplug guitar or bass amplifier, and can also be used as conventional headphones. Now guitarists can not only enjoy late-night or private practice, but also listen to their recordings or other music with one set of headphones.
Four Amphones models are available:


• "AC30" is a model of VOX's now legendary AC30 amplifier, which powered the "British Invasion" of rock music in the 1960s and has since been used on countless recordings by top artists of many genres around the globe
• "Twin" simulates the sound of a famous US-made clean guitar amp
• "Lead" covers lead guitar sounds ranging from UK-made amps to US-made high-gain
boutique amps
• "Bass" models VOX's classic AC100 bass amp with a wide-range design to
accommodate a variety of tonal possibilities
 
 Numerous built-in effects add variety and dynamics to the sound. The AC30, Twin, and Lead versions provide reverb/chorus & delay, while the Bass version provides a compressor. Each effect is adjustable, and provides high-quality sound and presence.
Each Amphones version functions as a conventional set of headphones when there is no instrument connected. The headphones themselves are made by Audio-Technica, a trusted name in headphone technology for 50 years. Amphones provide professional sound quality and a comfortable fit. The folding design provides portability, and an extension cable and adaptor plug is also included, making these units an excellent stand-alone headphone solution as well.
The VOX Amphones will be available October 2012 for a U.S. street price of $99.99.

In this article: ac100, ac30, amphone, amphones, amplug, audio technica, AudioTechnica, bass, bass amp, BassAmp, guitar, guitar amp, GuitarAmp, hands-on, headphones, lead, music, practice tool, PracticeTool, rock, twin, vox
All products recommended by Engadget are selected by our editorial team, independent of our parent company. Some of our stories include affiliate links. If you buy something through one of these links, we may earn an affiliate commission.
Share
Tweet
Share