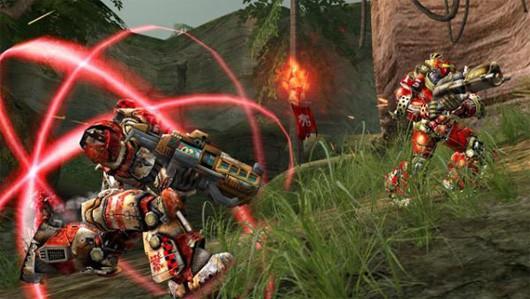 Who's a bot and who is not? Careful with your guess; you might just have it backwards! Alan Turing, a mathematician and computer scientist born 100 years ago, argued that the best measure of sentience in a machine is whether it can fool us into believing it is human. And in a recent gaming tournament pitting AI bots against humans, two artificially created virtual gamers did just that.

Set in Unreal Tournament 2004, the competition gave players "judging guns" to tag which competitors they thought were human and which they thought were bots. Two bots created by scientists convinced the judges that were more human than half of the human competitors. In fact, both bots mimicked human behaviors well enough to receive a humanness rating of 52%, whereas the human players in the tournament averaged only 40%.

[Thanks to Matt for the tip!]
In this article: 2k-games, AI-test, Alan-Turing, Bot-or-human, bots-are-more-human-than-humans, turing-test, TuringTest, unreal-tournament-2004
All products recommended by Engadget are selected by our editorial team, independent of our parent company. Some of our stories include affiliate links. If you buy something through one of these links, we may earn an affiliate commission.